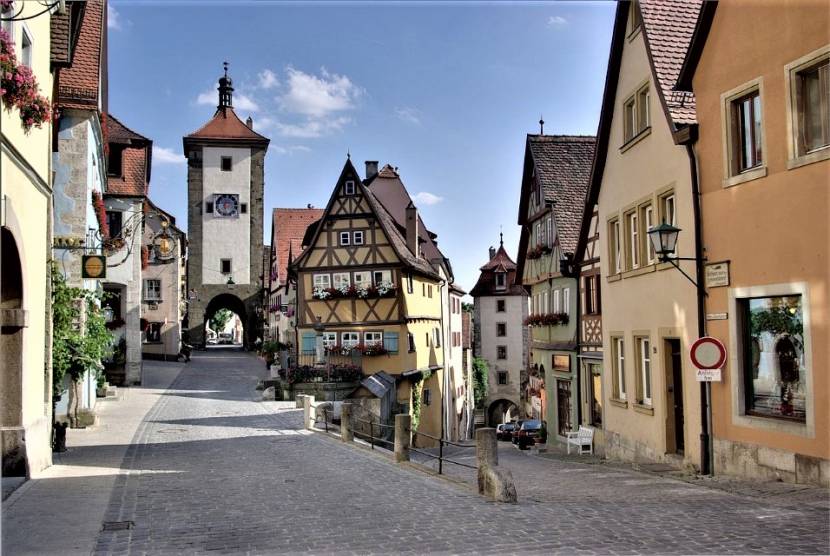 Rothenburg ob der Tauber is a town in the Franconia region of Bavaria. It is well known for its well-preserved medieval old town, a destination for tourists from around the world. It is part of the popular Romantic Road through southern Germany. Rothenburg was a Free imperial city from the late Middle Ages to

1803. In 1884 Johann Friedrich (von) Hessing (1838–1918) built Wildbad Rothenburg o.d.T. 1884–1903. The name "Rothenburg ob der Tauber" is German for "Red fortress above the Tauber". This is so because the town is located on a plateau overlooking the Tauber River. As to the name "Rothenburg", some say it comes from the German words rot (red) and burg (burgh, medieval fortified settlement), referring to the red color of the roofs of the houses which overlook the river. The name may also refer to the process of retting ("rotten" in German) flax for linen production.