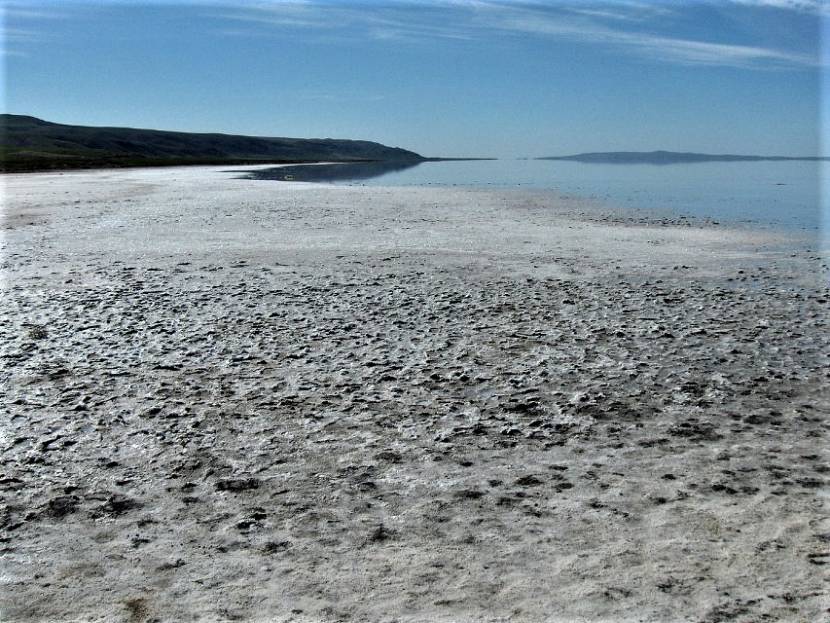 Lake Tuz or Turkish: Tuz Gölü meaning Salt Lake, is the second largest lake in Turkey with its 1,665 km2 (643 sq mi) surface area and one of the largest hypersaline lakes in the world. The lake, occupying a tectonic depression in the central plateau of Turkey, is fed by two major streams, groundwater and surface water, but

has no outlet. For most of the year, it is very shallow (approx.0.4 m (1 ft)). During winter part of the salt is dissolved in the fresh water. During the summer the lake dries up exposing an average of 30 cm thick salt layer in August. This mechanism is used as a basis for the process of the salt mines in the lake. These produce 63% of the salt consumed in Turkey. The salt mining generates industrial activity in the region, mainly related to salt processing and refining. In 2001, Lake Tuz was declared a specially protected area, including all of the lake surface and surrounding waterbeds and some of the important neighboring steppe areas. Breeding colony of greater flamingo is present on a group of islands in the southern part of the lake. Greater white-fronted goose is the second largest breeder here. Lesser kestrel is a common breeder in surrounding villages.