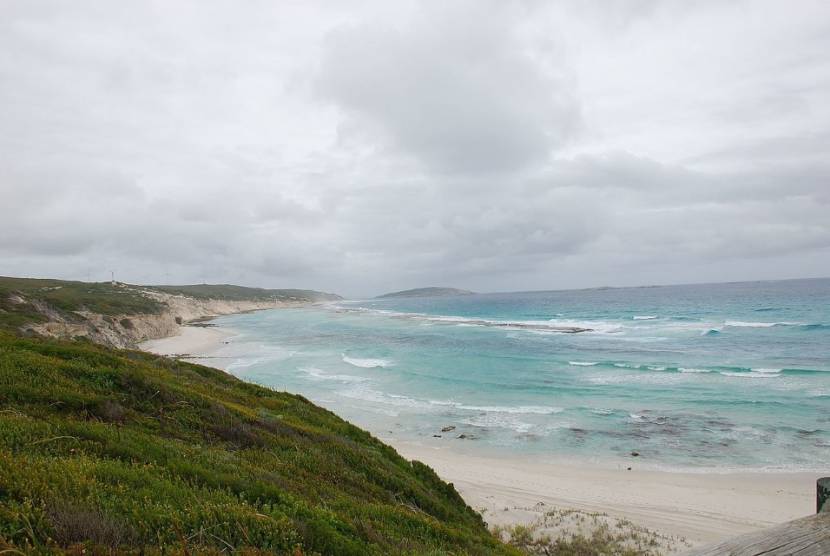 Esperance is a town and main port on the Southern Ocean coastline with a population of about 12.000. Its major industries are tourism, agriculture, and fishing. Near the town itself are numerous beaches, offering surfing, scuba diving, and swimming. Also nearby are a number of salt lakes, including Pink Lake. Esperance is

also home to the Cyclops wave, said to be the world's heaviest wave with massive amounts of water unloading on shallow reef. There are five major national parks near the town. A major nearby tourist attraction, 20 minutes away from the town centre, is the Cape Le Grand National Park, which offers a picturesque coast of largely granite terrain and sheltered white sand beaches. The park is a popular spot for recreational fishing, as well as four wheel drive enthusiasts and hikers.