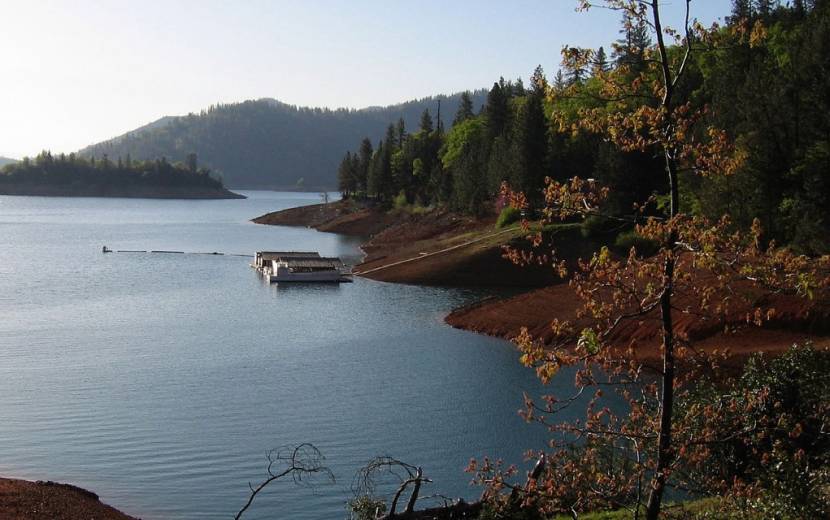 Shasta Lake is a reservoir. It began to store water in 1944 due to the impounding of the Sacramento River by Shasta Dam, the ninth tallest dam in the United States. The reservoir lies within the Whiskeytown–Shasta–Trinity National Recreation Area, operated by the Shasta-Trinity National Forest. The

California Office of Environmental Health Hazard Assessment (OEHHA) has developed a safe eating advisory for fish caught in the lake based on levels of mercury or PCBs found in local species. The lake has four major arms, each created by an approaching river: the Sacramento River, the McCloud River, Squaw Creek, and the Pit River. The Sacramento River's source is the Klamath Mountains. The McCloud River's source is Mt. Shasta. The Pit River flows from Alturas, and the waterfall Potem Falls is located on that arm of the lake. There are a number of marinas on Shasta Lake offering a variety of services, including houseboat rentals.