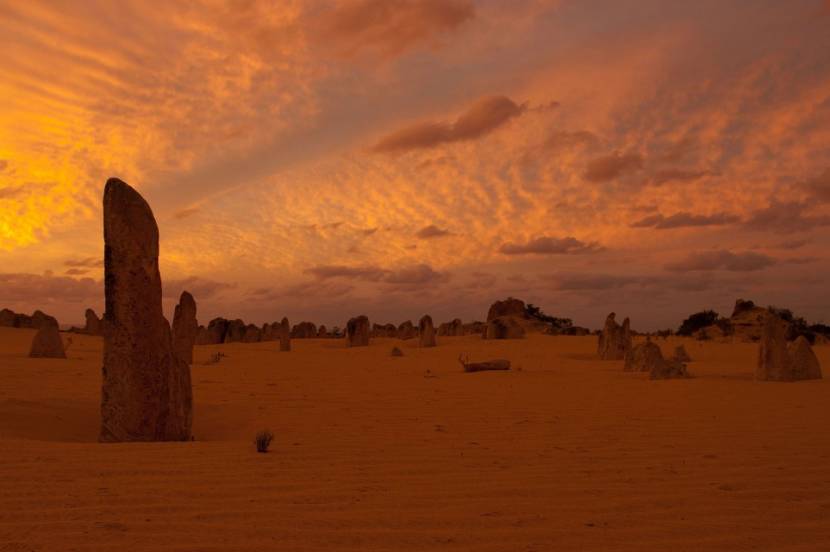 Nambung National Park. The park is mostly known for the Pinnacles Desert which is an area with thousands of limestone formations called pinnacles. The pillars are the weathered and eroded fragments of limestone beds composed of deposited marine organisms such as coral and molluscs. Some of the

tallest pinnacles reach heights of up to 3.5m above the yellow sand base. Nambung National Park also contains beaches at Kangaroo Point and Hangover Bay, as well as coastal dunes and flowering plants in low heathland areas. A boardwalk in the northern area of the park at Lake Thetis allows visitors to view thrombolites. Nambung National Park is home to a variety of wildlife including species of 128 birds, 8 mammals, 15 reptiles, several fish and arthropods and one amphibian. Humpback whales visit the Indian Ocean waters adjacent to the park during their northern and southern migration seasons, while sea lions and dolphins are year-round inhabitants. Europeans first visited the area in 1658 when Dutch maps recorded North and South Hummocks on their maps.