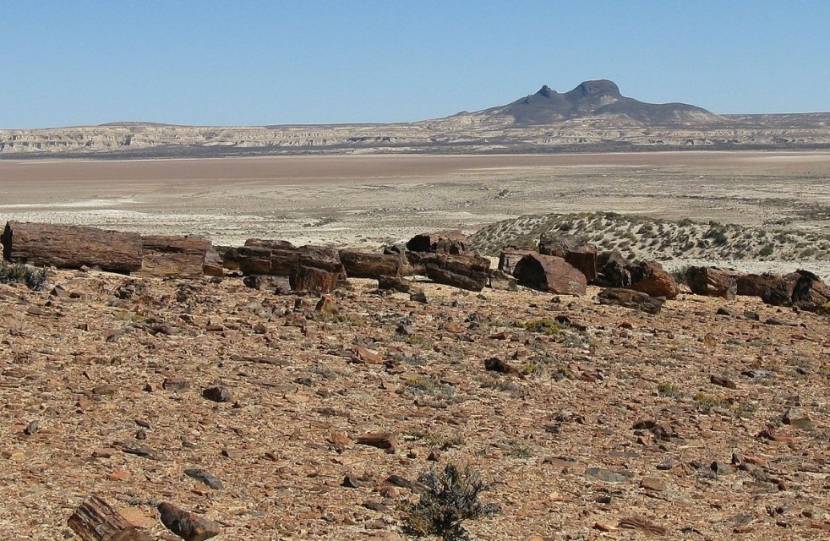 The Jaramillo Petrified Forest National Park is a protected area of petrified forest. Formerly part of the site was a natural monument, established in 1954 and known as the Petrified Forest Natural Monument, covering about 13,700 hectares (34,000 acres). This area has remnants of a forest preserved in stone, that

had been growing on the site before the upthrust of the Andes some 150 million years ago. In December 2012, further land was added and the protected area was reclassified as a national park with a total area of 78,543 hectares (194,080 acres). The park is in the Patagonian steppe ecoregion where the climate is cool and dry in summer, and cold and fairly dry in winter, with less than 400 mm (16 in) precipitation and strong westerly winds. The fossilised trees were first discovered in 1925 and have been the subject of much research since. Many sections of trunk are preserved and lying on the surface of the ground, some being 2 m (7 ft) in diameter and others as long as 30 m (100 ft), and fossilized cones from the trees have also been found.