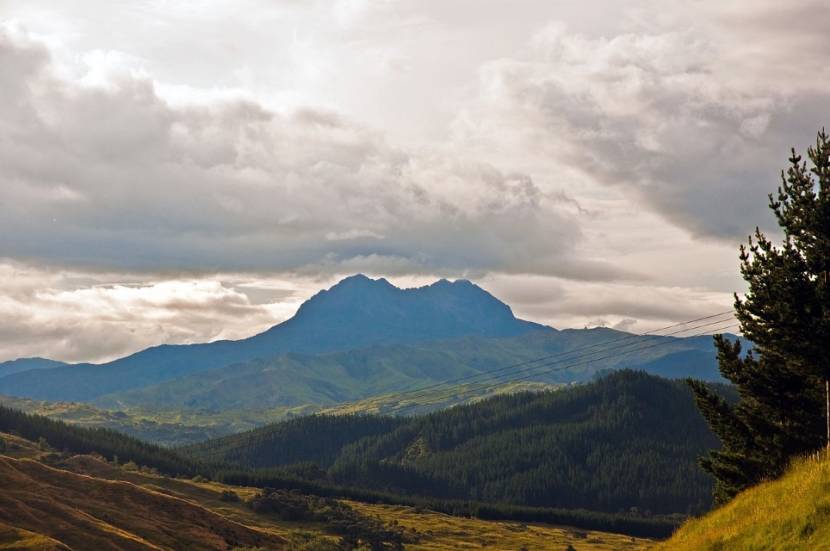 Mount Hikurangi (or Te Ara ki Hikurangi in Māori) is a 1,752 m (5,748 ft) peak in the eastern corner of New Zealand's North Island and its highest non-volcanic peak. Mount Hikurangi is the most significant icon, in Māori mythology, it was the first part of the North Island to emerge when Māui, a culture hero and

a trickster famous for his exploits and cleverness, pulled it as a giant fish from the ocean. According to these beliefs, his waka, a canoe, named Nukutaimemeha, became stranded on the mountain, and lies petrified near the mountain's summit. Nearby summits include Whanokao (1,428 m or 4,685 ft), Aorangi (1,272 m or 4,173 ft), Wharekia (1,106 m or 3,629 ft) and Taitai (678 m or 2,224 ft). Together, these mountains provide what Te Ara: The Encyclopedia of New Zealand calls an "awe-inspiring vista". The peak is traditionally regarded as the first land in the world to catch the rays of the new day's sun, although this claim, like any such claim of its type, is open to interpretation.