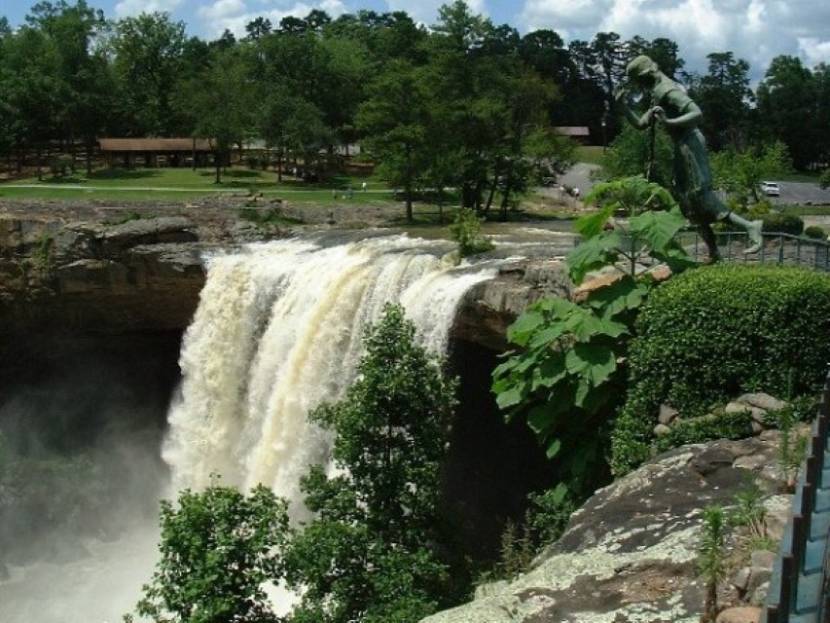 Noccalula Falls Park is a 250-acre (101-ha) public park. The main feature of the park is a 90-foot (27-m) waterfall with a trail winding through Black Creek Gorge at its base past caves, an aboriginal fort, an abandoned dam, pioneer homestead, and Civil War carvings. The park also features a petting zoo, mini-golf course, the

Gilliland-Reese Covered Bridge (built 1899) and a replica 1863 C. P. Huntington train ride. Noccalula Falls Park was listed on the Alabama Register of Landmarks and Heritage on May 12, 1976. It was rated in 2017 as the best campsite in Alabama in a 50-state survey conducted by Msn.com. The falls drop itself has been run successfully in whitewater kayaks on multiple occasions, beginning in late November 2011 when three expert kayakers ran the drop. The water level was unusually high, permitting a deep enough pool to form at the base of the falls. Local law enforcement, in defiance of federal law that grants access to navigable waterways, has since issued citations to paddlers for running the falls.