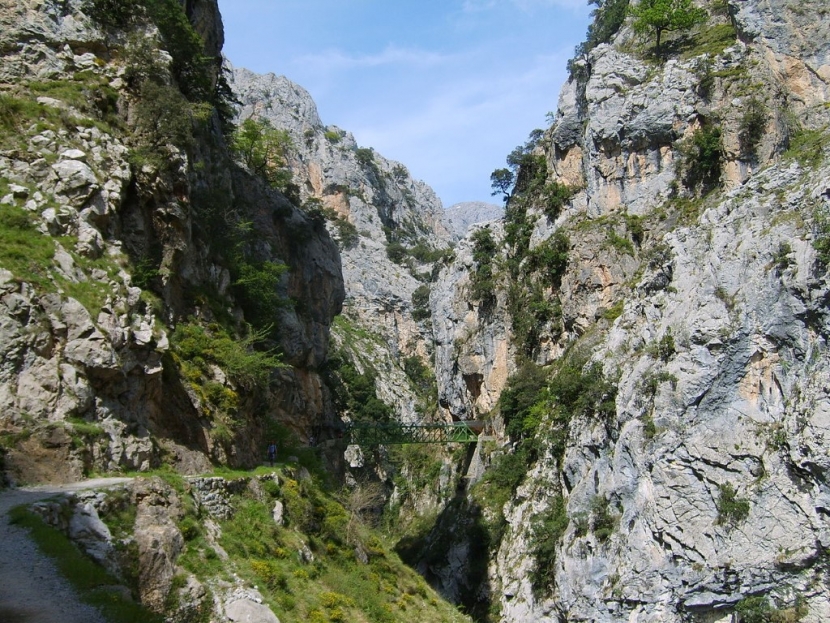 The Cares Trail or Ruta del Cares, referred to as the "Divine Gorge" of the Cares river, is one of the most popular treking paths within the Picos de Europa. The Cares Trail was first opened between the years of 1916 and 1921 and was later improved and expanded between 1945 and 1950. The pathway, at mid-height, is approximately 11 kilometers in length and is considered one of the most beautiful natural sites in Spain. It runs along caves, bridges and pathways sculpted in the rock. The spectacular scenery and the moderate slope make it ideal to enjoy as it is the most popular within the National Park. To avoid hiking accidents the use of proper footwear is advised.

View the embedded image gallery online at:
https://motogpsroutes.com/blog/points-of-interest/item/100-cares-trail#sigProIdfa1ddae450
More in this category: Augustusburg and Falkenlust »
Login to post comments