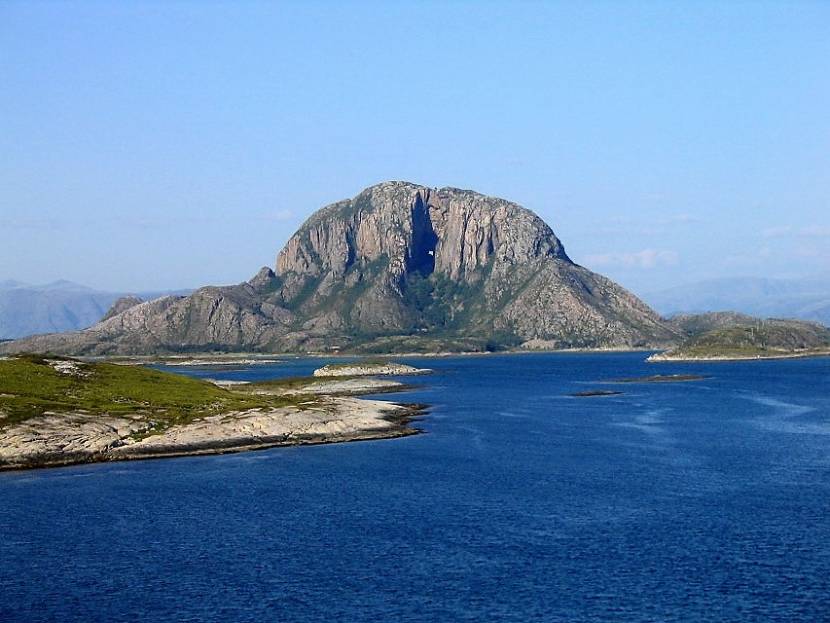 Torghatten is a granite mountain on Torget island in Brønnøy municipality in Nordland county, Norway. It is known for its characteristic hole, or natural tunnel, through its center. It is possible to walk up to the tunnel on a well-prepared path, and through it on a natural path. According to legend, the hole was made by the

troll Hestmannen while he was chasing the beautiful girl Lekamøya. As the troll realized he would not get the girl, he released an arrow to kill her, but the troll-king of Sømna threw his hat into the arrow's path to save her. The hat turned into the mountain with a hole in the middle. The tunnel is 160 metres (520 ft) long, 20 metres (66 ft) wide, and 35 metres (115 ft) high. It was formed during the Scandinavian ice age. Ice and water eroded the looser rocks, while the harder ones in the mountain top have resisted erosion.