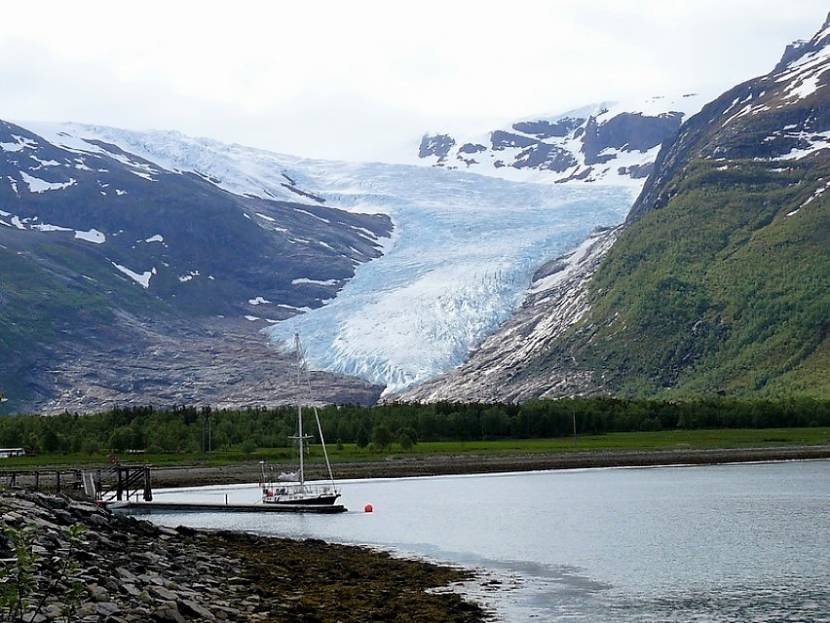 country's fourth largest. Svartisen is part of Saltfjellet-Svartisen national park, located in the Saltfjell mountain range. Water from the glacier is collected and used for hydropower production via runoff into the streams and lakes and through intakes borred beneath Engabreen. The first element is svart 'swart, black', the last element is the finite form of is m 'ice; glacier'. The old ice of the glacier is considerably darker than fresh ice and newfallen snow.