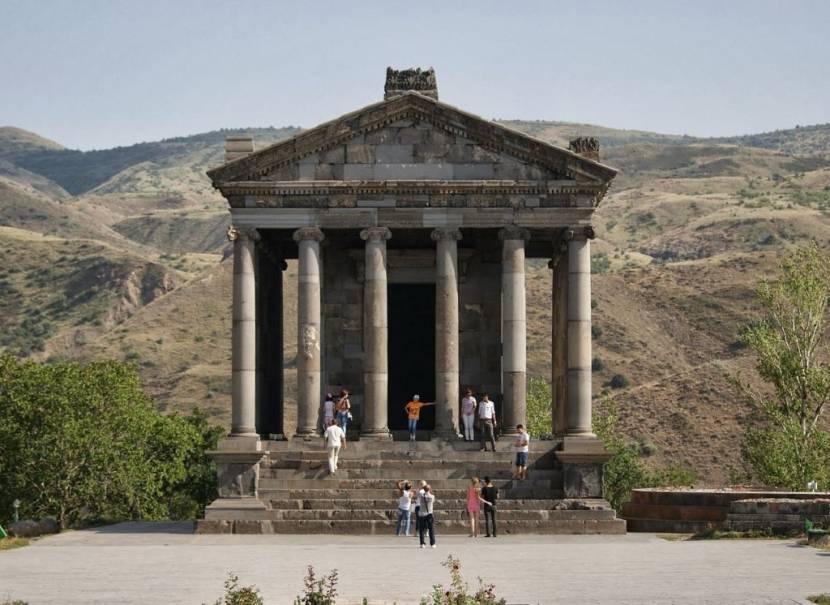 the sun god Mihr. After Armenia's conversion to Christianity in the early fourth century, it was converted into a royal summer house. According to some scholars it was not a temple but a tomb and thus survived the universal destruction of pagan structures. It collapsed in a 1679 earthquake but renewed between 1969 and 1975. It is one of the main tourist attractions in Armenia and the central shrine of Armenian neopaganism.

View the embedded image gallery online at:
https://motogpsroutes.com/blog/points-of-interest/item/206-temple-of-garni#sigProIdf03c1d603b
More in this category: « Zeljava Air Base Kehlsteinhaus or Eagle's Nest »
Login to post comments