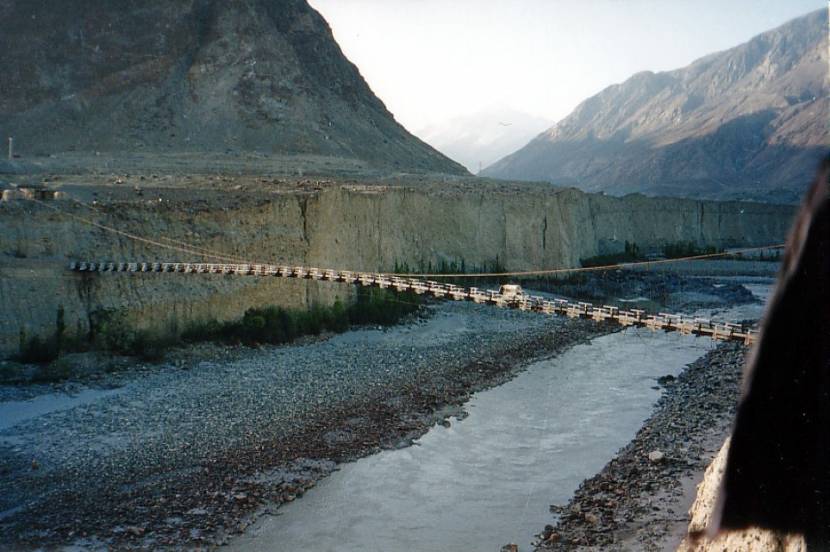 The Danyore Suspension Bridge is one of the oldest make shift suspension bridges in the region. The bridge connects Danyor to the premises of the Karakoram University across the River Hunza. Currently the bridge is closed for vehicles and only pedestrians and motorcyclists are allowed to pass through. Winds coming from

northwest of the valley set the suspension brige to swing inducing minute resonances. Before the construction a boat, localls call it Jaalo (a traditional raft for the passage crossing rivers and lakes), was used to cross the Hunza River. The bridge was constructed in mid-sixties. The Danyore side of the bridge is connected to a tunnel (locally called core) that was dug by the then residents of Danyore without any engineering tools and equipments almost a decade later.