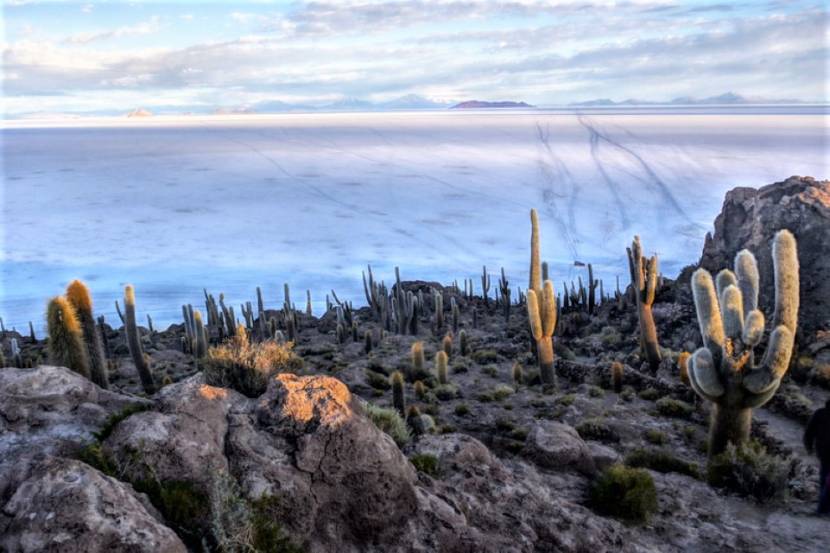 Isla Incahuasi or Inkawasi or Inka Wasi is a hilly and rocky outcrop of land and former island in Bolivia situated in the middle of Salar de Uyuni, the world's largest salt flat. Isla Incahuasi is the Spanish name where isla means island, Inca stands for Inca, and huasi is derived from the Quechua word wasi meaning house. Incahuasi has

a total area of 24.62 hectares (61 acres) and hosts gigantic cacti (Trichocereus pasacana) and a tourist center. There are unusual and fragile coral-like structures and deposits that often consist of fossils and algae. The place is the top of the remains of an ancient volcano, which was submerged when the area was part of a giant prehistoric lake, roughly 40,000 years ago. The world's largest salt flat is technically not a road, since you may ride on any direction but riding here is absolutely mind-blowing.