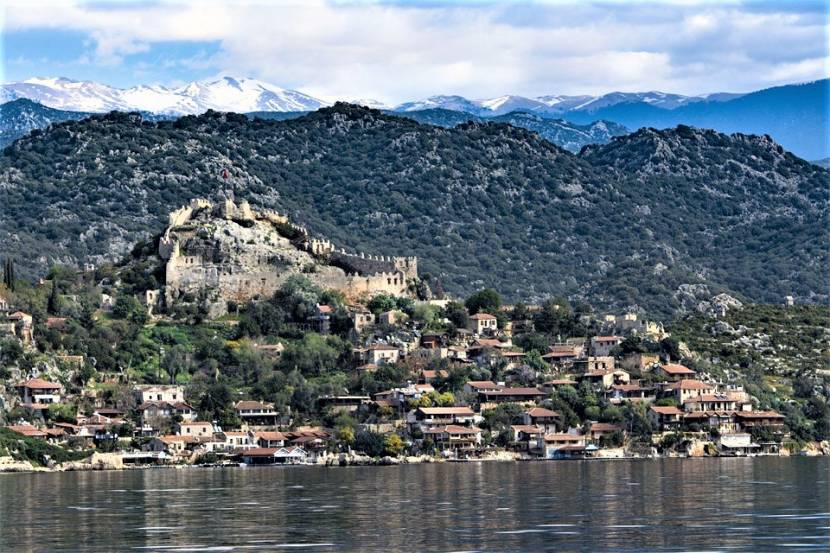 Kaleköy (literally "Castle's village") or Ancient Simena. Kaleköy faces the island of Kekova, and can be reached by sea or on foot from Üçağız. A place you should not miss. The village lies amidst a Lycian necropolis, which is partially sunken underwater. Kaleköy is overlooked by a Byzantine castle, built in the Middle Ages to

fight the pirates which nested in Kekova. The ancient city of Simena existed in two parts, one an island and the other a coastal part of the mainland. The medieval structures and monuments can still be seen on the mainland but the real attractions are the submerged ruins of the sunken city of Simena, which can be seen across the bay, along the island. The city went under water in the 2nd century AD after a devastating earthquake caused a downward shift of the land The castle contains a small theatre. Kaleköy is a popular yachting destination too.