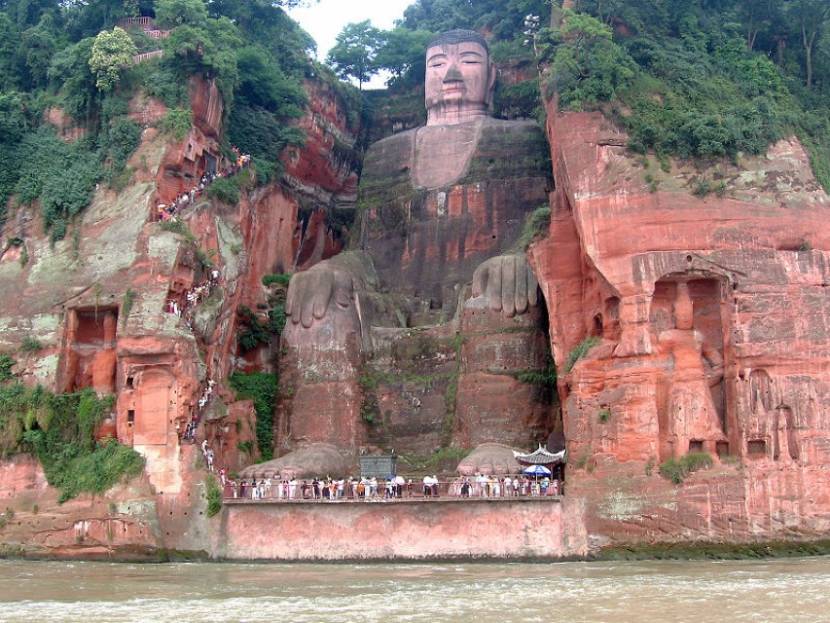 The Leshan Giant Buddha was built during the Tang Dynasty. It is carved out of a cliff face that lies at the confluence of the Minjiang, Dadu and Qingyi rivers in the southern part of Sichuan province in China, near the city of Leshan. The stone sculpture faces Mount Emei, with the rivers flowing below his feet. It is the

largest stone Buddha in the world and it is by far the tallest pre-modern statue in the world. The Mount Emei Scenic Area, including Leshan Giant Buddha Scenic Area has been listed as a UNESCO World Heritage Site since 1996. It was not damaged by the 2008 Sichuan earthquake.

View the embedded image gallery online at:
https://motogpsroutes.com/blog/points-of-interest/item/4208-leshan-giant-buddha#sigProId5f3cbf2902
More in this category: « Telmessus and Tomb of Amyntas Tincoc Puente or Tincoc Bridge »
Login to post comments