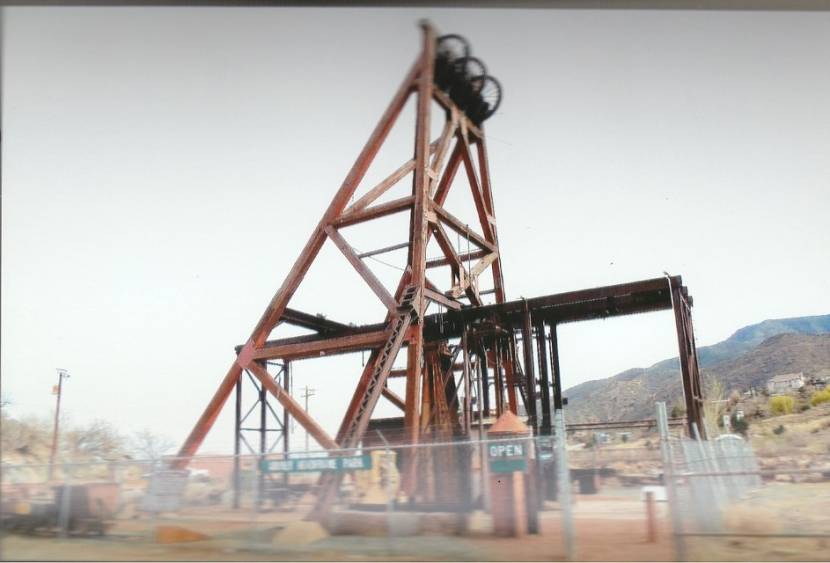 The state-of-the-art Audrey shaft and headframe was the largest facility of its kind built by the United Verde Extension (UVX) Company during its years of operation. It was constructed in 1918 only after the location of an extraordinarily rich copper deposit made the investment economically viable. The search for

the “bonanza’ had not been easy! Since he had obtained an option on the company in 1912, James S. “Rawhide” Douglas had dug in vain, counter to the advice of his own geological experts and others who claimed that the mine would never be profitable. Douglas persisted, and finally in December of 1914, with his corporate resources almost exhausted and much to the dismay of the mining world, his crews ran into the incredible deposit. It was not as large as that of United Verde, but it was twice as rich in copper per ton of material.