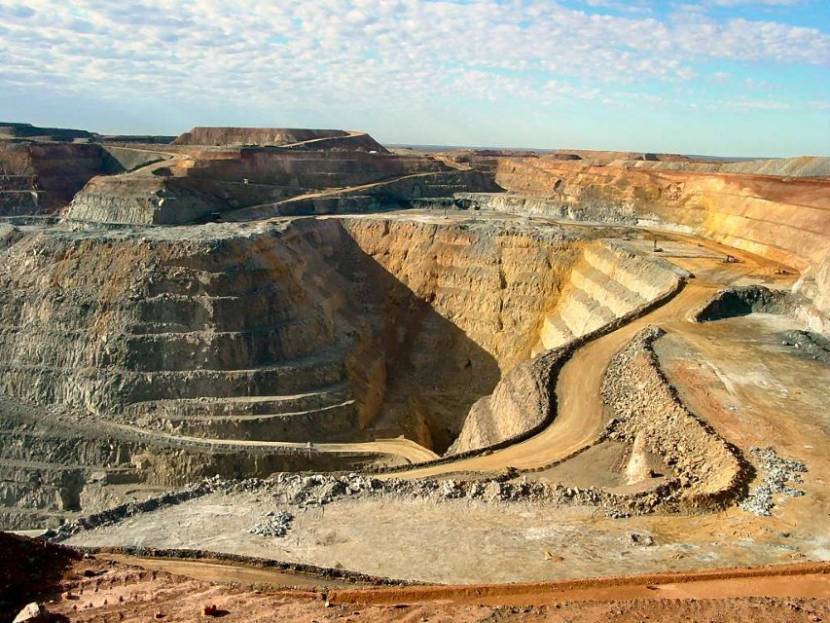 The Fimiston Open Pit, colloquially known as the Super Pit, was Australia's largest open cut gold mine until 2016. The pit is oblong in plan view and is approximately 3.5 kilometres long, 1.5 kilometres wide and over 600 metres deep. The mine produced 456,000 troy ounces (14.2 t) of gold in 2019, and employs around

1,100 employees and contractors directly on site. Most of the gold mined in the Fimiston Open Pit occurs within ore lodes formed by ancient shears in a rock unit called the Golden Mile Dolerite. The gold mining area of Kalgoorlie-Boulder-Fimiston has long been called the Golden Mile because of the geographical concentration of rich mines in that area, even though the lodes occur in an area over 2 km in length and 1 km in depth.