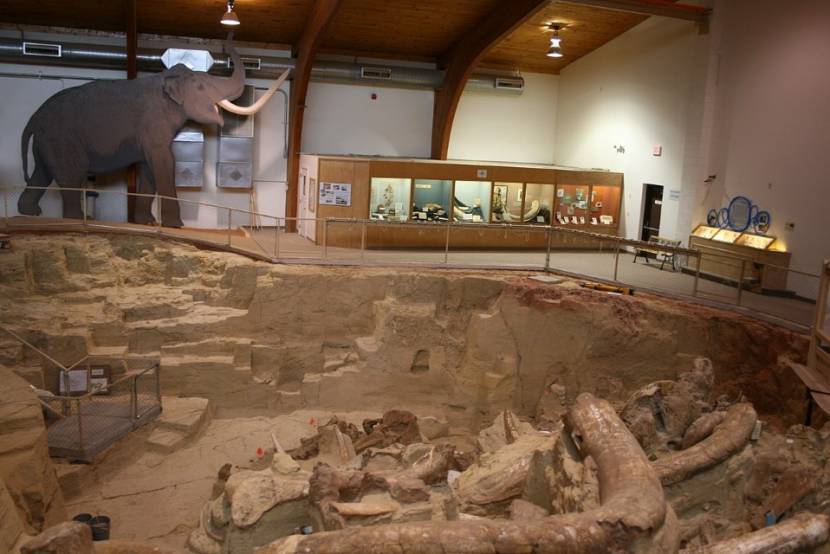 sinkhole contains the remains of Pleistocene fauna and flora preserved by entrapment and burial within a sinkhole. This site has the greatest concentration of mammoth remains in the world. As of 2016, the remains of 61 mammoths, including 58 North American Columbian and 3 woolly mammoths had been recovered. Mammoth bones were found at the site in 1974, and a museum and building enclosing the site were established. The museum now contains an extensive collection of mammoth remains. The Mammoth Site is a 501(c)-3 non-profit organization. The museum is open to the public.