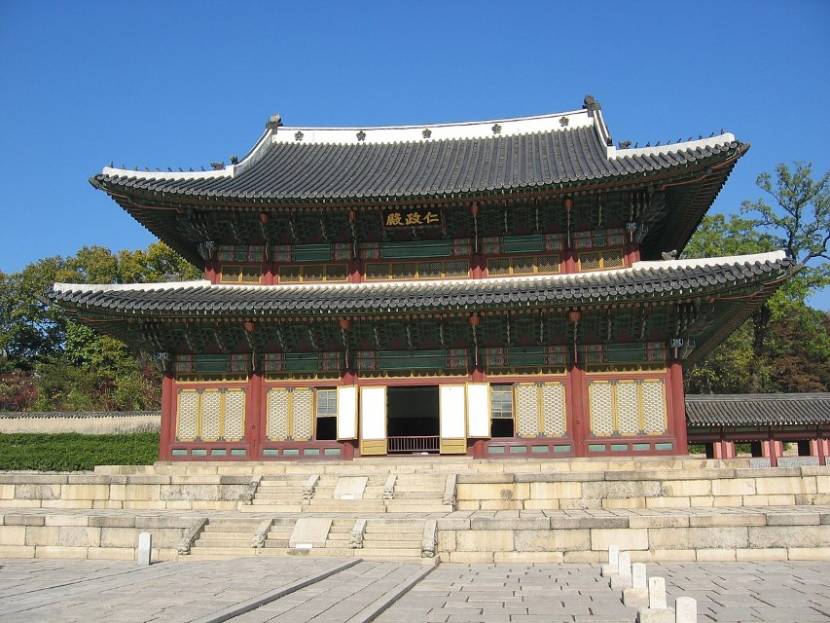 Changdeokgung (literally, "Prospering Virtue Palace"), is set within a large park in Jongno-gu, Seoul. It is one of the "Five Grand Palaces" built by the kings of the Joseon Dynasty (1392–1897). Changdeokgung was the most favored palace of many Joseon princes and retained many elements dating from the

Three Kingdoms of Korea period. Buildings of Changdeokgung blend with the natural topography of the site instead of imposing themselves upon it. It, like the other Five Grand Palaces in Seoul, was heavily damaged during the Japanese occupation of Korea (1910-1945). Currently, only about 30% of the pre-Japanese structures survive. Changdeokgung was added to the UNESCO World Heritage List in 1997.