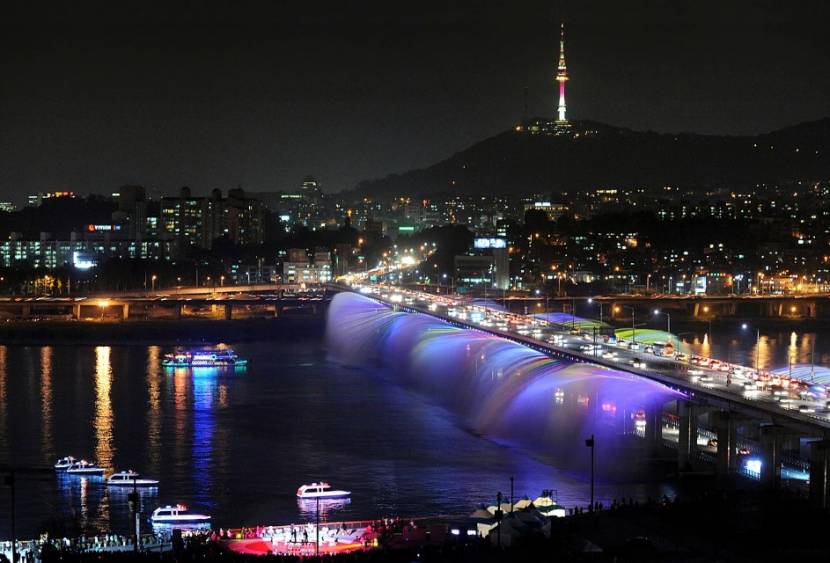 The Banpo Bridge is a major bridge in downtown Seoul over the Han River. The bridge is on top of Jamsu Bridge, forming the upper half of a double-deck bridge; it is the first double deck bridge built in South Korea. During periods of high rainfall, the Jamsu Bridge is designed to submerge as the water level of the

river rises, as the lower deck lies close to the waterline. The bridge was built as a girder bridge and was completed in 1982. The Moonlight Rainbow Fountain is the world's longest bridge fountain that set a Guinness World Record with nearly 10,000 LED nozzles that run along both sides that is 1,140m long, shooting out 190 tons of water per minute.