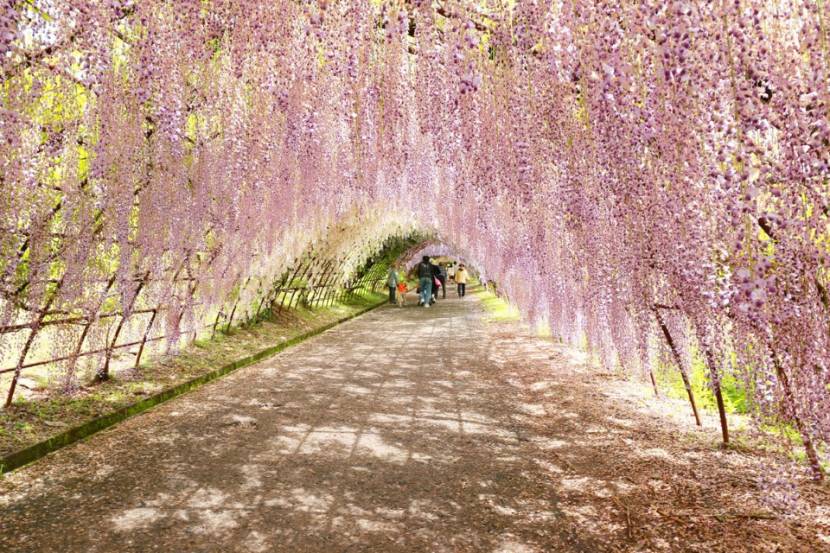 Kawachi Wisteria Garden is a private garden in the wooded hills south of central Kitakyushu, famous for its spectacularly presented, large numbers of wisteria flowers. The garden is opened to the public seasonally during the wisteria season which usually peaks around late April to early May and during the

maple leaf season in autumn. The garden's most prominent features are two, roughly 100 meter long tunnels made of wisteria trees of differing varieties and colors, ranging from white to dark purple. Furthermore, there is a collection of large wisteria trees that together form an enormous roof of drooping flowers. A viewpoint at the top of the hillside garden allows for nice views over the sea of wisteria flowers and the surrounding valley which is also know for its bamboo groves. Kawachi Wisteria Garden has grown very popular in recent years and now attracts large numbers of domestic and international visitors during the wisteria season, which often falls into the busy Golden Week. As a result the garden can become very crowded and time-consuming to access.