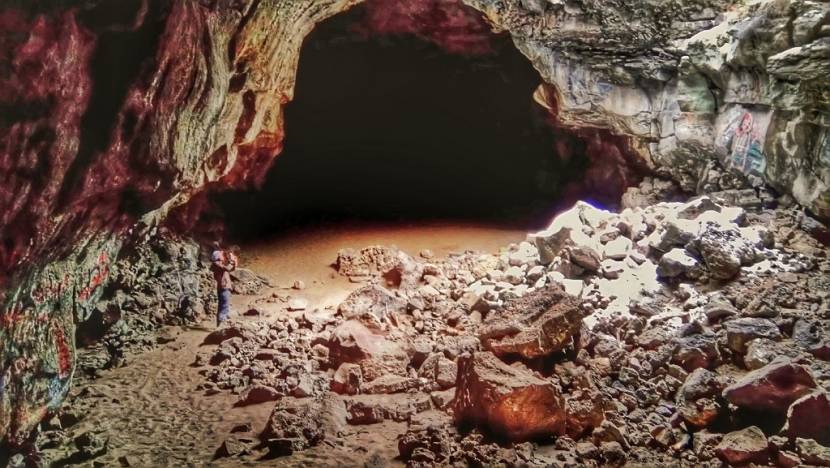 Pluto's Cave (or Pluto Cave) is a partially collapsed lava tube on the northern outskirts of Mount Shasta. Its main entrance is located close to the 99-97 Cutoff c. 12 miles (19 km) North-east of Weed and c. 14 miles (23 km) East-southeast of Grenada. The tube is roughly 190,000 years old, which is quite old for a lava tube, as

they normally collapse quickly (in geological terms), having ceilings only a few metres thick. However, Pluto's Cave is located in a semi-arid climate, where erosion is restricted, which contributes to its survival. The cave was discovered in the spring of 1863 by Nelson Cash, who came upon it while looking for stray cattle. It was further explored in April 1863, and named "Pluto's Cave" after Pluto, the Greek God of the underworld.