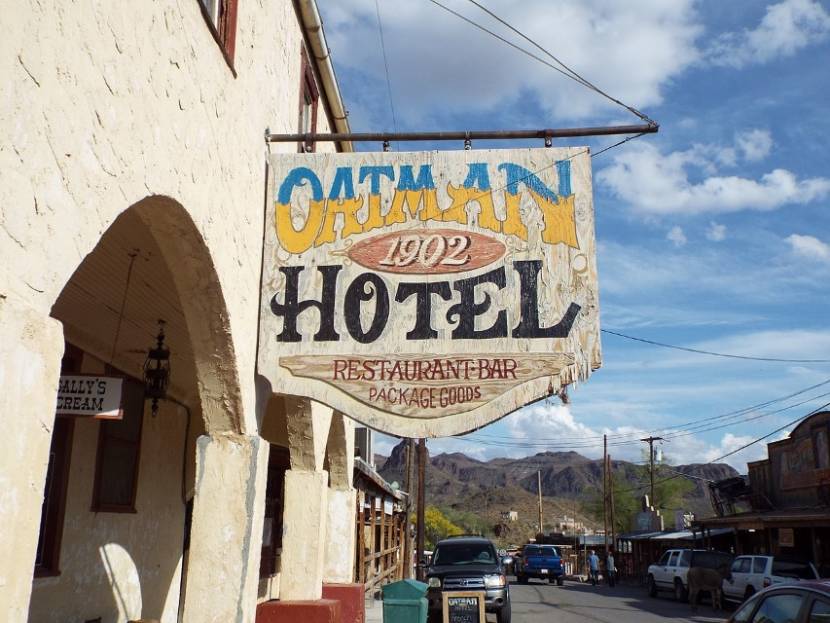 placed on the National Register of Historic Places in 1983. At least until WWII the hotel primarily served miners in the area. It is the only two story adobe building in Mohave County. Once inside the hotel the lobby seems rather simple but above the stairway is sign reading "Gable-Lombard Honemoon Suite Visitors Welcome". That's referring to the actor Clark Gable and actress Carole Lombard spending part of their 1939 honeymoon in the hotel.