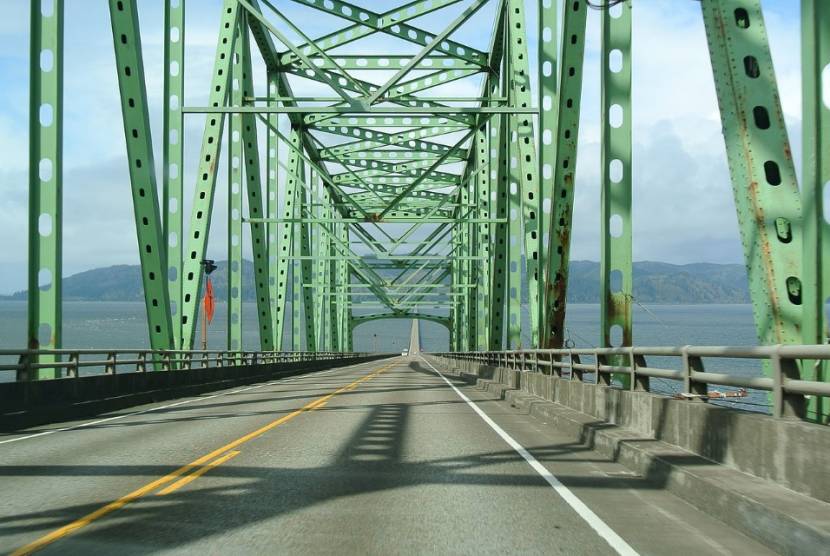 The Astoria–Megler Bridge is a steel cantilever through truss bridge in the northwest United States that spans the lower Columbia River, between Astoria, Oregon, and Point Ellice near Megler, Washington. Opened 54 years ago in 1966, it is the longest continuous truss bridge in North America. Located fourteen

miles (23 km) from the mouth of the river at the Pacific Ocean, the bridge is 4.067 miles (6.55 km) in length, and was the final segment of U.S. Route 101 to be completed between Olympia, Washington, and Los Angeles, California. The bridge itself is featured prominently in the movies Short Circuit, Kindergarten Cop, Free Willy, Free Willy 2, and The Goonies. It stands in for the doomed fictional Madison Bridge in Irwin Allen's 1979 made-for-TV disaster movie The Night the Bridge Fell Down. Songwriter Sufjan Stevens most likely references the bridge in his song "Should Have Known Better" off his album Carrie & Lowell as a metaphor for dealing with his grief from the death of his mother.