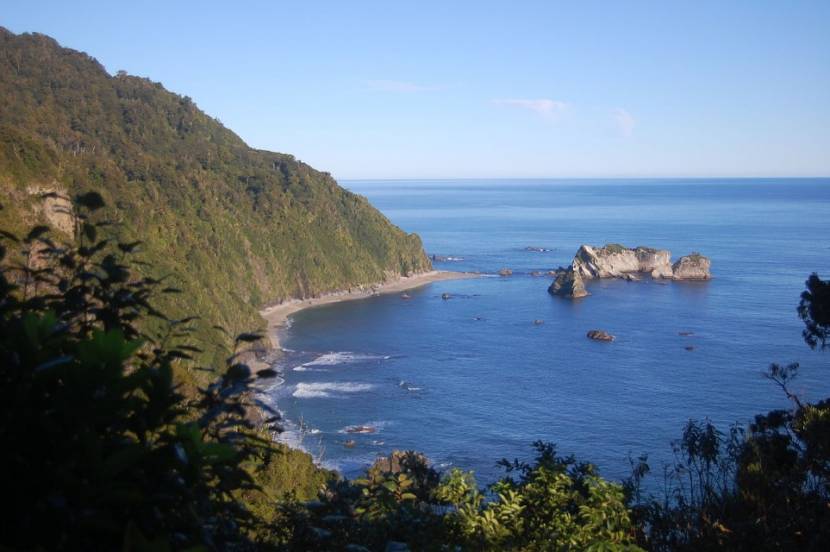 Knight's Point. Back in 1950s the project was one team to build from the South Island's east coast, across Haast Pass and up the west coast to join the road that terminated at Ross. Another second crew began construction south of Ross and progressed south. The construction crew informed officials that the area had

already been named Knight's Point. The officials inquired who "Knight" was and were informed that he was the surveyor's dog. Knight's Point was named after Norman McGeorge's dog Knight. The official opening of this last section of the highway that is now State Highway 6 was on 6 November 1965. Today the site includes a car park and viewing platform overlooking the coast towards Arnott Point, a resting area for New Zealand fur seals and occasionally elephant seals.