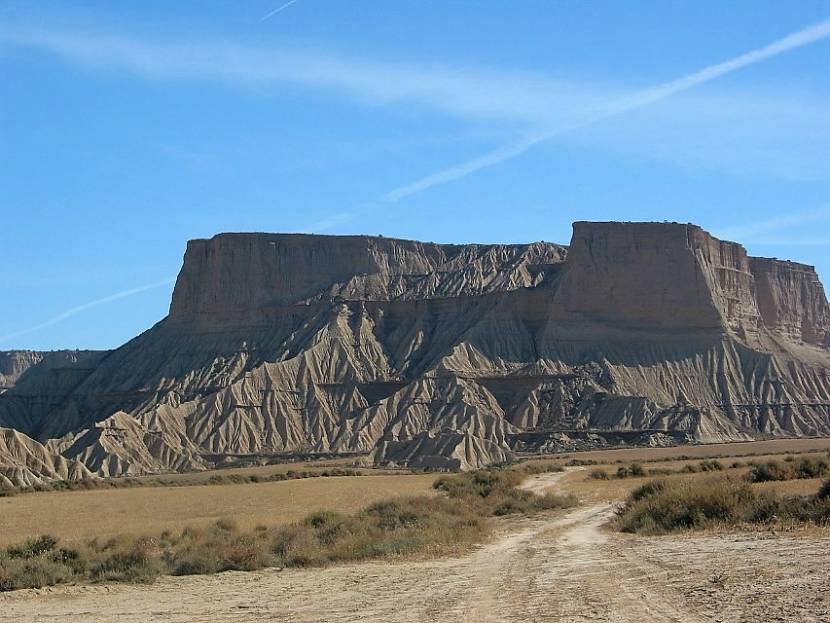 The Bardenas Reales is a semi-desert natural region, or badlands, of some 42,000 hectares in southeast Navarre. The soils are made up of clay, chalk and sandstone and have been eroded by water and wind creating surprising shapes, canyons, plateaus, tabular structures and isolated hills, called

cabezos. Bardenas lacks urban areas, vegetation is scarce and the many streams that cross the territory have a markedly seasonal flow, staying dry most of the year. It is 45km from north to south and 24km east-west and at an altitude ranging between 280 and 659m. Las Bardenas are divided into several distinct areas which mainly include two, Bardena White and Black, but there are other smaller areas of great singularity.