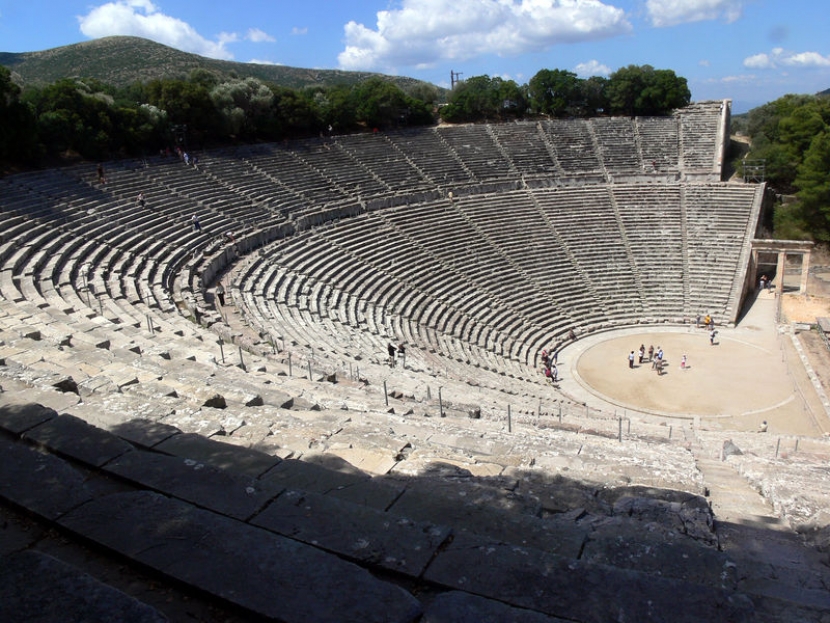 Epidaurus was a small city in ancient Greece, at the Saronic Gulf. Reputed to be the birthplace of Apollo's son Asclepius, the healer. Epidaurus was known for its sanctuary situated about five miles (8 km) from the town, as well as its theater, which is once again in use today. The cult of Asclepius at Epidaurus is attested in the

6th century BC, when the older hill-top sanctuary of Apollo Maleatas was no longer spacious enough. The asclepieion at Epidaurus was the most celebrated healing center of the Classical world. The prosperity brought by the Asklepieion enabled Epidaurus to construct civic monuments too: the huge theatre, the ceremonial Hestiatoreion (banqueting hall), baths and a palaestra. The theatre is marveled for its exceptional acoustics, which permit almost perfect intelligibility of unamplified spoken word from the proscenium or skênê to all 15,000 spectators, regardless of their seating.