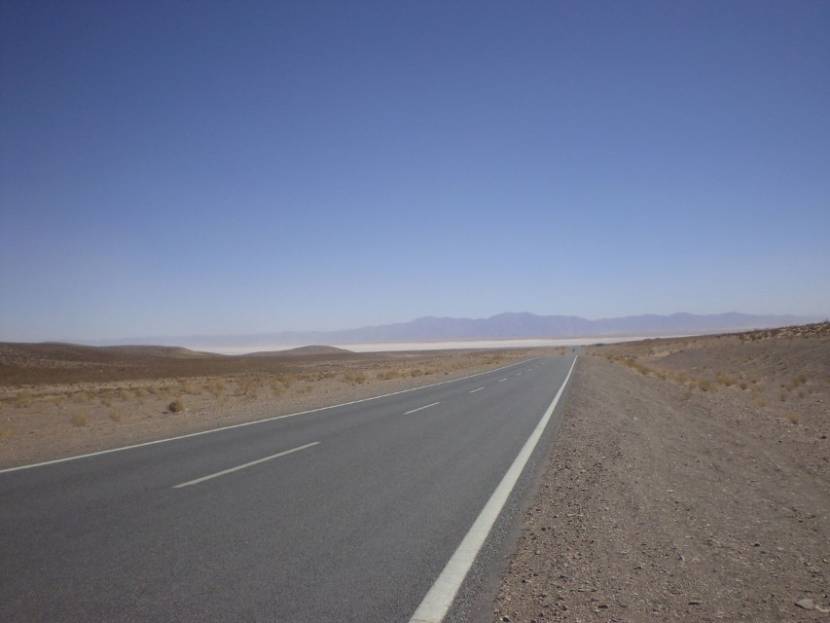 Salinas Grandes is the denomination of a border salt of the Argentine provinces of Salta and Jujuy , located in the Altiplano , in the Argentine north. Distant to 66km of Purmamarca and acceding through the National Route 52 , they extend on an area of ​​212km², at an average altitude of 3450 meters above sea level. Despite the high

altitude, Salinas Grandes de Jujuy is practically the base level of an endorheic basin. The origin of Salinas Grandes de Jujuy and Salta dates from an extensive period temporarily located between 5 and 10 million years ago. The gradual evaporation of such continental saline waters gave rise to this salt that has a crust whose average thickness is 30 cm. 1