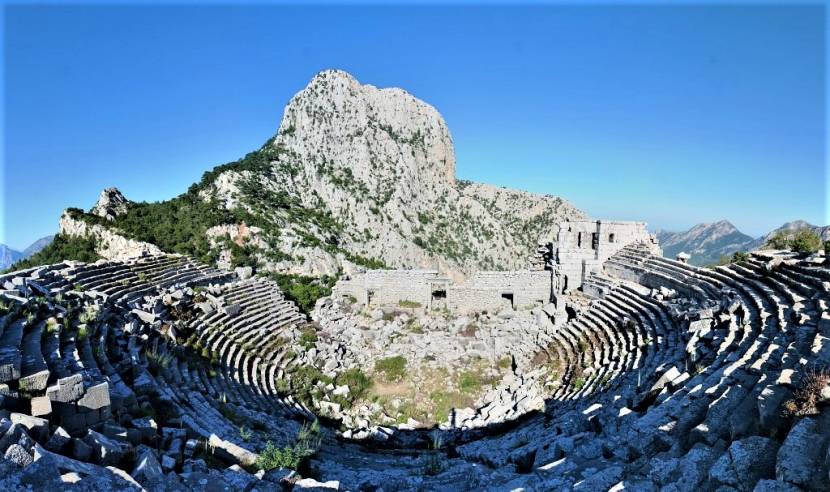 Termessos (Greek Τερμησσός) was a Pisidian city built at an altitude of more than 1000 metres at the south-west side of the mountain Solymos (modern-day Güllük Dağı) in the Taurus Mountains (modern-day Antalya province, Turkey). It lies 30 kilometres to the north-west of Antalya. It was founded on a natural platform on top of

Güllük Dağı, soaring to a height of 1,665 metres from among the surrounding travertine mountains of Antalya. Concealed by pine forests and with a peaceful and untouched appearance, the site has a more distinct and impressive atmosphere than many other ancient cities. Termessos is one of the best preserved of the ancient cities of Turkey. The city was founded by the Solims who were mentioned by Homer in the Iliad in connection with the legend of Bellerophon. Because of its natural and historical riches, the city has been included in a national park bearing its name, the Mount Güllük-Termessos National Park.