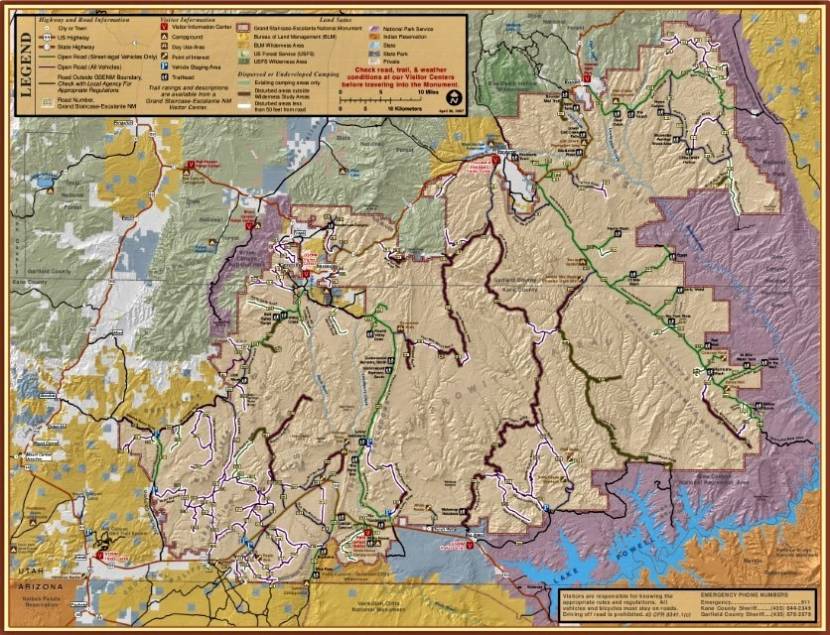 The Grand Staircase–Escalante National Monument is a national monument that originally designated 1,880,461 acres (7,610 km2) of protected land in southern Utah in 1996. The monument's size was later reduced by a succeeding presidential proclamation in 2017. The land is among the most remote in the country; it was the last to be mapped in the

contiguous United States. There are three main regions: the Grand Staircase, the Kaiparowits Plateau, and the Canyons of the Escalante (Escalante River). All regions are administered by the Bureau of Land Management as part of the National Conservation Lands system. President Bill Clinton designated the area as a national monument in 1996 using his authority under the Antiquities Act. Grand Staircase–Escalante is the largest national monument managed by the Bureau. On December 4, 2017, President Donald Trump ordered that the monument's size be reduced by nearly 47%. Conservation, angling, hunting, and outdoor recreation groups have filed suit to block any reduction in the national monument, arguing that the president has no legal authority to materially shrink a national monument.