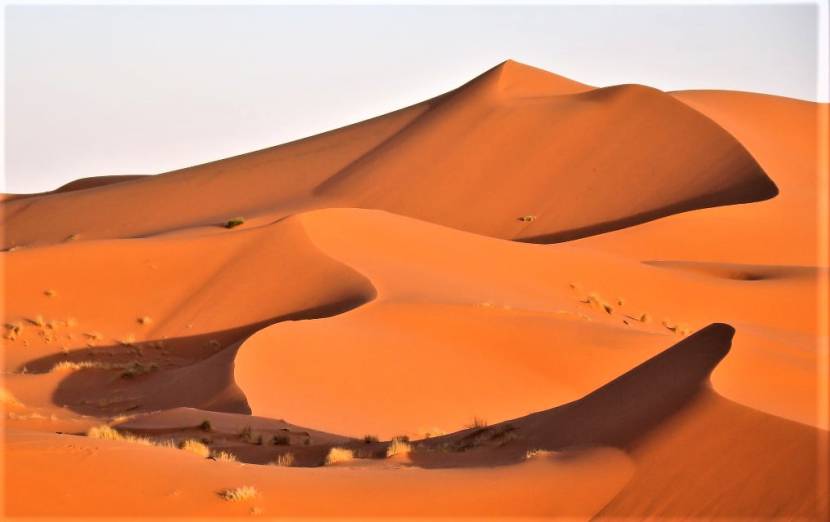 Erg Chebbi (Arabic: عرق الشبي‎) is one of Morocco's several ergs – large seas of dunes formed by wind-blown sand. Technically all these ergs are within an area of semi-arid Pre-Saharan Steppes and not part of the Sahara desert which lies some distance to the south. In places, the dunes of Erg Chebbi rise up to 150 meters from the surrounding

hamada (rocky desert) and altogether it spans an area of 28 kilometers from north to south and up to 5–7 kilometers from east to west lining the Algerian border. Erg Chebbi's proximity to the tourist center has led to the erg sometimes being referred to as "dunes of Merzouga." During the warmest part of the year, Moroccans come to Erg Chebbi to be buried neck-deep in the hot sand for a few minutes at a time. This is considered to be a treatment for rheumatism.