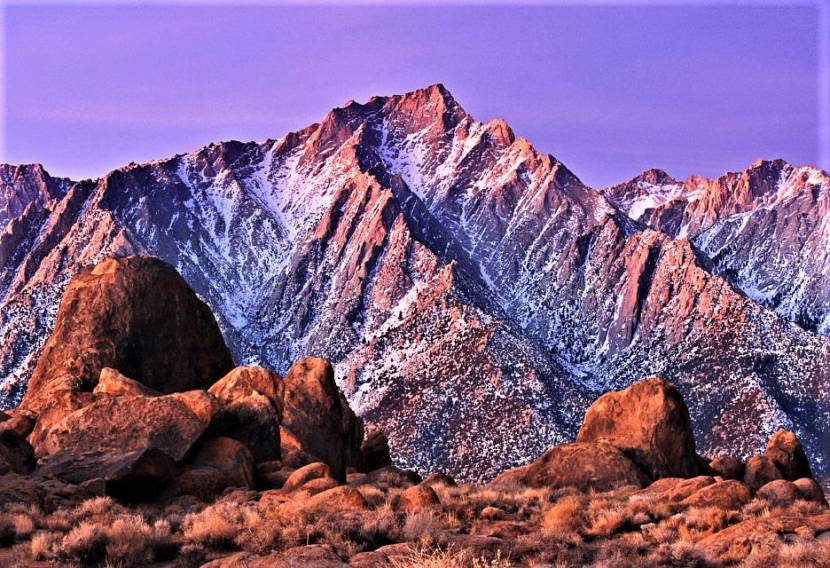 public enjoyment. In March 2019, the US congress redesignated the area as the Alabama Hills National Scenic Area. The Alabama Hills are a popular filming location for television and movie productions, especially Westerns set in an archetypical "rugged" environment. Alabama Hills features exceptional skies for Southern California. This low level of light pollution meets or exceeds conditions in many of other popular nearby areas for amateur astronomy, such as Joshua Tree National Park. On a clear night with no moon, a visitor with good, dark adapted vision may see the Andromeda and Triangulum galaxies with the unaided eye; the central Milky Way appears highly structured under these conditions.