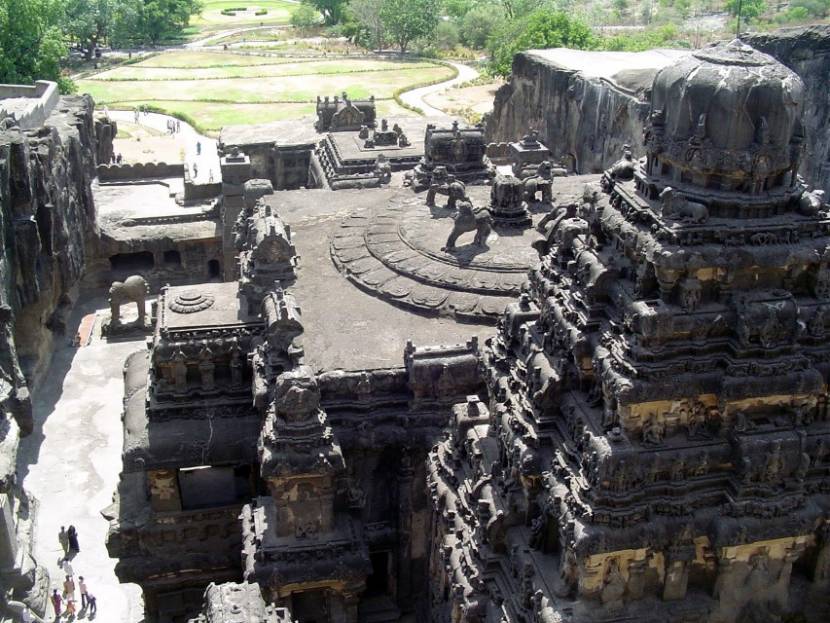 Ellora is a UNESCO World Heritage Site located in the Aurangabad district of Maharashtra, India. It is one of the largest rock-cut monastery-temple cave complexes in the world, featuring Jain, Buddhist and Hindu, monuments, and artwork, dating from the 600–1000 CE period. Cave 16, in particular, features the

largest single monolithic rock excavation in the world, the Kailasha temple, a chariot shaped monument dedicated to Lord Shiva. The Kailasha temple excavation also features sculptures depicting the gods, goddesses and mythologies found in Vaishnavism, Shaktism as well as relief panels summarizing the two major Hindu Epics. There are over 100 caves at the site, all excavated from the basalt cliffs in the Charanandri Hills, 34 of which are open to public. These consist of 12 Buddhist (caves 1–12), 17 Hindu (caves 13–29) and 5 Jain (caves 30–34) caves. Although the caves served as monasteries, temples and a rest stop for pilgrims, the site's location on an ancient South Asian trade route also made it an important commercial centre in the Deccan region.