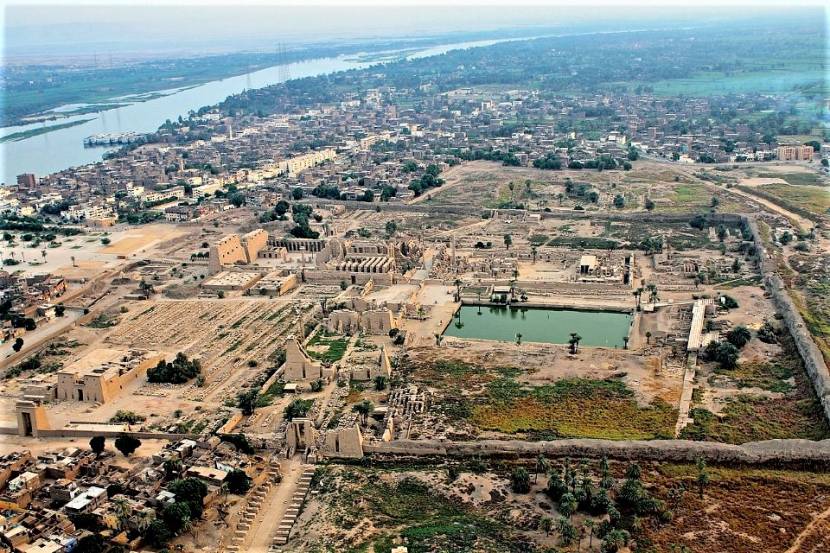 The Karnak Temple Complex, commonly known as Karnak from Arabic Khurnak meaning "fortified village", comprises a vast mix of decayed temples, chapels, pylons, and other buildings near Luxor, in Egypt. Construction at the complex began during the reign of Senusret I in the Middle Kingdom (around 2000-1700 BC) and continued

into the Ptolemaic period (305 - 30 BC), although most of the extant buildings date from the New Kingdom. The area around Karnak was the ancient Egyptian Ipet-isut ("The Most Selected of Places") and the main place of worship of the eighteenth dynasty Theban Triad with the god Amun as its head. It is part of the monumental city of Thebes. The Karnak complex gives its name to the nearby, and partly surrounded, modern village of El-Karnak, 2.5 kilometres (1.6 miles) north of Luxor. Unesco World H.S.