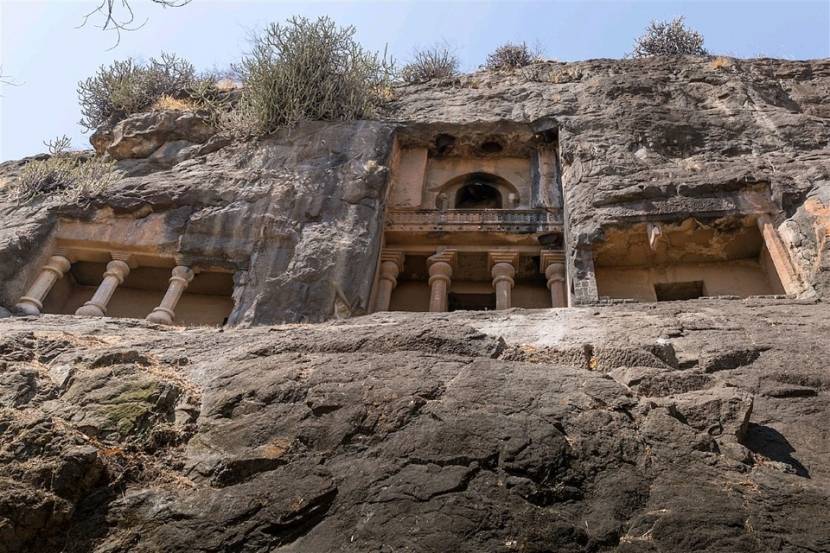 The Manmodi Caves (मानमोडी लेणी) are a complex of a rock-cut caves. It is thought that the caves were positioned on natural trade routes, formed by passes leading from the coast to the basaltic plateau of the Western Ghats. One of the caves in Manmodi has an epigraph mentioning the Western Satrap

Nahapana bearing the title of Mahakshatrapa (Great Satrap). The Manmodi hill contains three groups of excavations, the second of which is nearest to the road, and the first a considerable way along the north-west face of the hill, near where it turns to the north-east. The caves are classified in three groups, also having specific names: Bhutalinga (भूत लेणी) group, with an inscription by a Yavana donor. Amba-Ambika (अंबा-अंबिका) group Bhimasankar (भीमाशंकर) group, southeast of Manmodi hill, with the inscription of Ayama, minister of Nahapana in 124 CE.