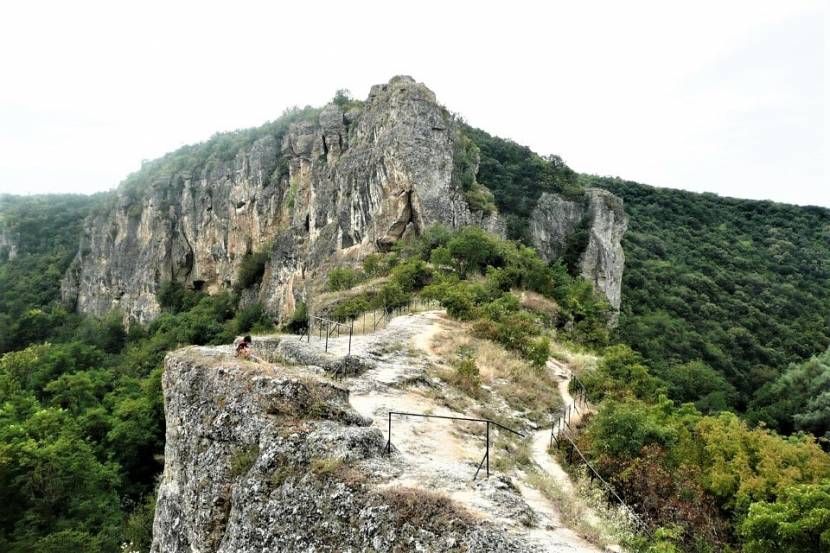 The Rock-hewn Churches of Ivanovo are a group of monolithic churches, chapels and monasteries hewn out of solid rock and completely different from other monastery complexes in Bulgaria, located near the village of Ivanovo, 20 km south of Rousse, on the high rocky banks of the Rusenski Lom, 32 m above the

river. The complex is noted for its beautiful and well-preserved medieval frescoes. The caves in the region had been inhabited by monks from the 1220s, when it was founded by the future Patriarch of Bulgaria Joachim, to the 17th century, where they hewed cells, churches and chapels out of solid rock. At the peak of the monastery complex, the number of churches was about 40, while the other premises were around 300, most of which are not preserved today. The monastery complex owes much of its fame to 13th- and 14th-century frescoes, preserved in 5 of the churches, which are thought of as wonderful examples of Bulgarian mediaeval art. The Rock-hewn Churches of Ivanovo were included in the UNESCO World Heritage List in 1979.