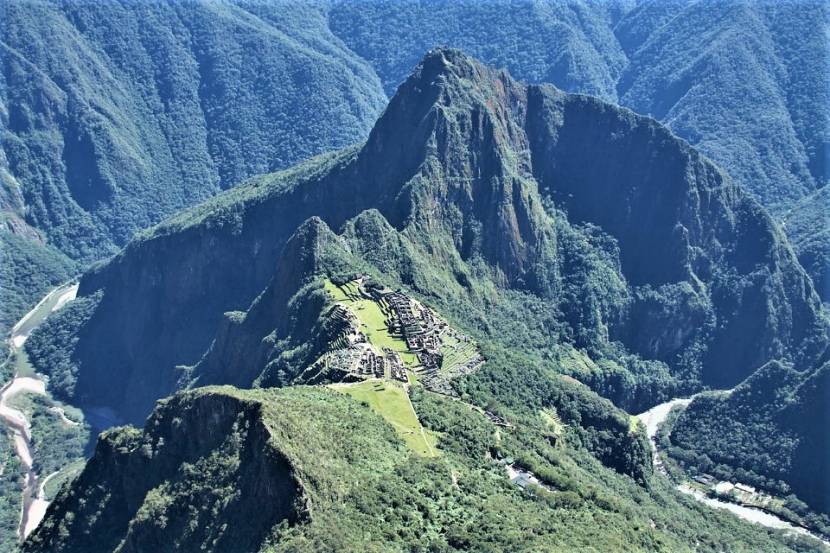 Machu Picchu or Machu Pikchu is a 15th-century Inca site located 2,430 metres (7,970 ft) above sea level. It is situated on a mountain ridge above the Sacred Valley which is 80 kilometres (50 mi) northwest of Cusco and through which the Urubamba River flows. The Incas built the estate around 1450, but abandoned it

a century later at the time of the Spanish Conquest. Although known locally, it was unknown to the outside world before being brought to international attention in 1911 by the American historian Hiram Bingham. Machu Picchu was declared a Peruvian Historical Sanctuary in 1981 and a UNESCO World Heritage Site in 1983. In 2007, Machu Picchu was voted one of the New Seven Wonders of the World in a worldwide Internet poll. Site requires certain approach. Info on how you travel to is https://www.theonlyperuguide.com/peru-guide/machu-picchu/how-to-get-there/