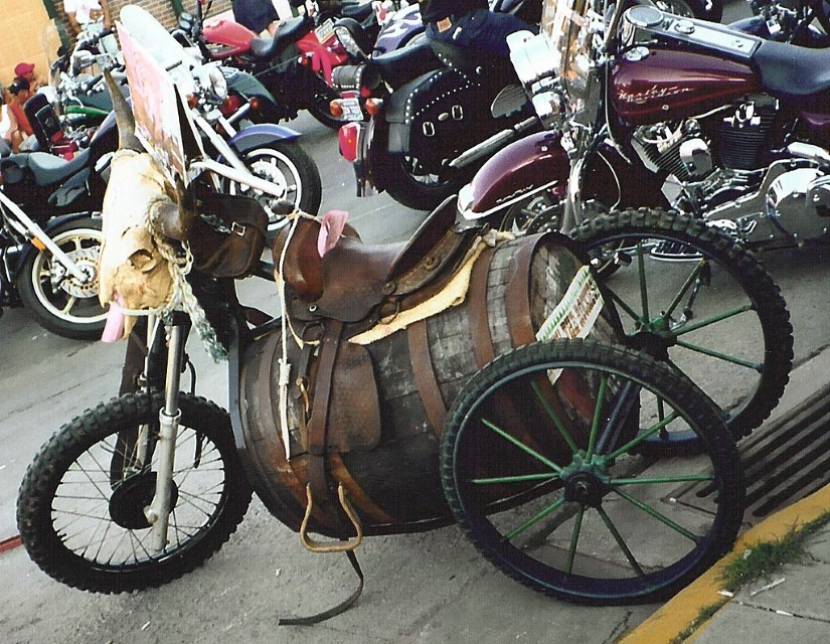 The Sturgis Motorcycle Rally is an American motorcycle rally held annually in Sturgis, South Dakota, for ten days usually starting the first Friday in August. In 2016, Sturgis City Council passed a resolution to begin the Rally on the first Friday in August every year. It was begun in 1938 by a group of Indian Motorcycle riders and was originally held for stunts and races. Attendance has historically been around 500,000 people, reaching a high of over 700,000 in 2015. The event generates around $800 million in revenue. Many attendees of the Sturgis Rally have families, bring their children and drive campers towing motorcycle trailers to the rally, and ride their motorcycles just the last few miles. The director of the rally estimated in 2005 that fewer than half the attendees actually rode there. Shipping companies transport thousands of motorcycles to Sturgis for attendees who arrive via airline. The Black Hills Run is a route favored by motorcycle riders, across the Black Hills from Deadwood to Custer State Park, South Dakota. It reached the height of its popularity between 1939 and 1941. The popularity of the Sturgis Motorcycle Rally attracted additional attention to the route in recent years. The pine forested mountains of the Black Hills make for a unique scenic motorcycle ride.

View the embedded image gallery online at:
https://motogpsroutes.com/blog/significant-areas/item/6007-sturgis-motorcycle-rally#sigProIdb711ccd80b
More in this category: « Pisac and its Archaeological Park Dasht-e Kavir »
Login to post comments