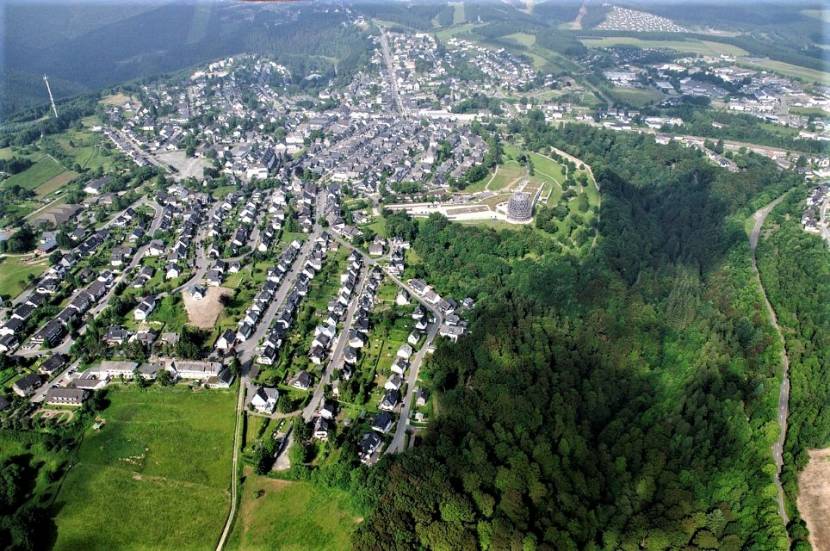 city is one of the winter sports centers of the Sauerland, best known probably for the bobsleigh, luge, and skeleton track. The ski resort offers 25 ski lifts. The network of ski slopes adds up to a length of 23 km and consists mainly of easy and intermediate ski runs. In summer, the ski resort offers a terrain park for downhill biking. In addition to the skiing slopes, there are numerous trails for Cross-country skiing in the vicinity of Winterberg. The Winterberg bobsled track at Kappe is a regular venue for international competitions in bobsleigh, sledding and Skeleton. In Germany, it is also known for hosting the wok racing event. The St. George ski jump is a landmark of Winterberg, and used to be the venue for German Championships in the Nordic combined sport.