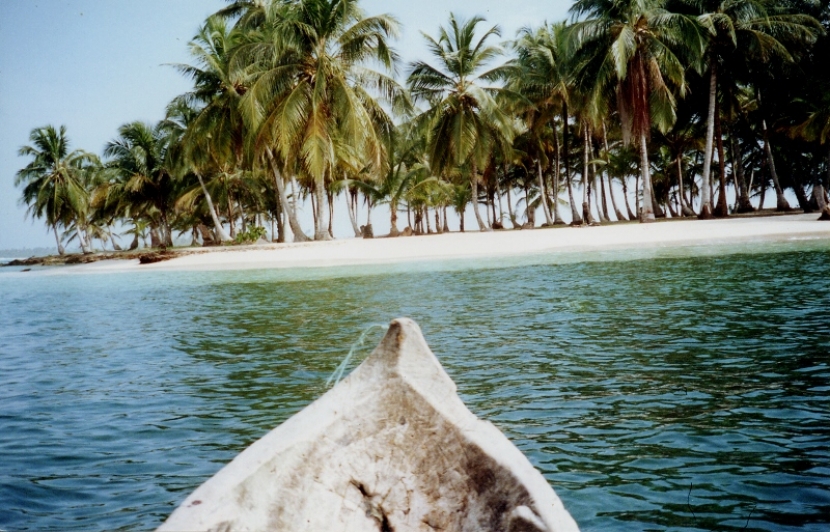 The San Blas Islands of Panama are an archipelago comprising approximately 365 islands and cays, of which only 49 are inhabited. They lie off the north coast of the Isthmus of Panama, east of the Panama Canal. The area is popular for sailing, as it is known for its beauty and lack of hurricanes. Tradition: Part of the comarca (district) Guna Yala (also spelled Kuna Yala) along the Caribbean coast of Panama, they are home to the Kuna Indians. The Kuna worship a god named Erragon whom they believe came and died just for the Kuna people. Driven off Panama during the Spanish invasion, the Kuna fled to the surrounding 378 islands. Today their chief lives on an island called Acuadup, which means "rock island". Many Kuna are hunters and fishermen. On some of the islands children can attend school. Most of the men now speak Spanish, although the women carry on older traditions.