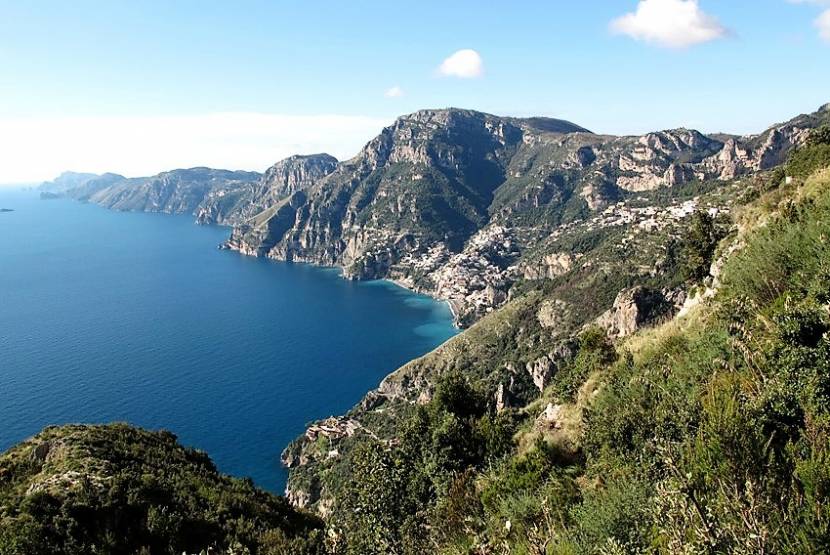 The Amalfi Coast is widely considered Italys most scenic stretch of coastline, a landscape of towering bluffs, pastel-hued villages terraced into hillsides, corniche roads, luxuriant gardens, and expansive vistas over turquoise waters and green-swathed mountains. Deemed by UNESCO as an outstanding example of a

Mediterranean landscape, the coast was awarded a coveted spot on the World Heritage list in 1997. The Amalfi Coast lies along the southern flanks of the Sorrento Peninsula, a cliff-edged promontory that wanders out from the mainland at the southern end of the Bay of Naples. The only land route to the Amalfi Coast is the 40 kilometres long Strada Statale 163 which runs along the coastline from the town of Vietri sul Mare in the east to Positano in the west.