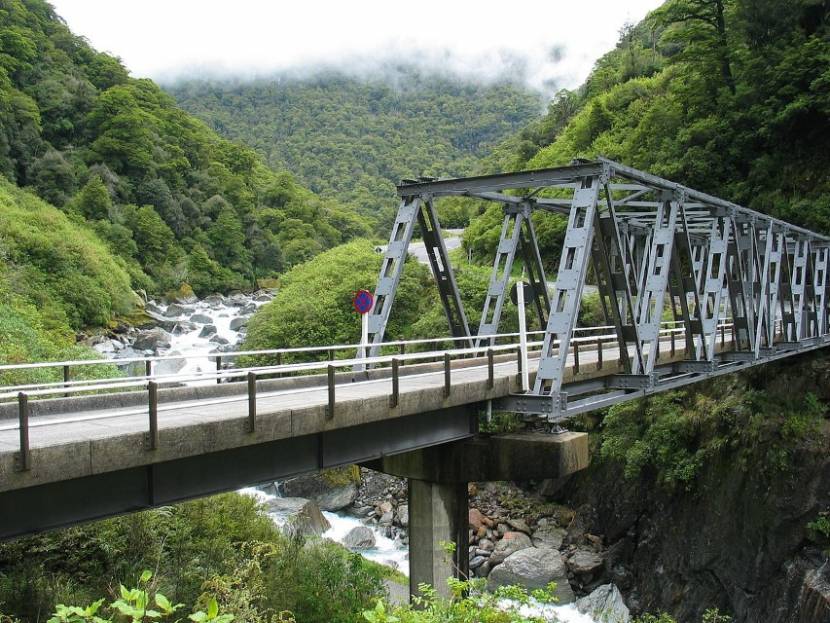 The Haast Pass (Māori: Tiori Pātea), a mountain pass in the Southern Alps of the South Island of New Zealand, takes its name from Julius von Haast, a 19th-century explorer. Māori used the pass in pre-European times. It is one of the three passes where a road crosses over the Southern Alps – alongside the Lewis Pass and

Arthur's Pass, although the Homer Tunnel passes under the Main Divide. The road through Haast Pass (State Highway 6) was converted from a rough track to a formed road in 1966 and received a complete chipseal surface by 1995. The Haast Pass rises to a height of 562 metres (1,844 ft) above sea level at the saddle between the valleys of the Haast and Makarora Rivers. As such, it is the lowest of the passes traversing the Southern Alps. No settlements exist on the Haast Pass road between Haast and Makarora. The road passes through predominantly unmodified beech forest. The pass itself lies within the limits of Mount Aspiring National Park and forms part of the boundary between Otago and the West Coast.