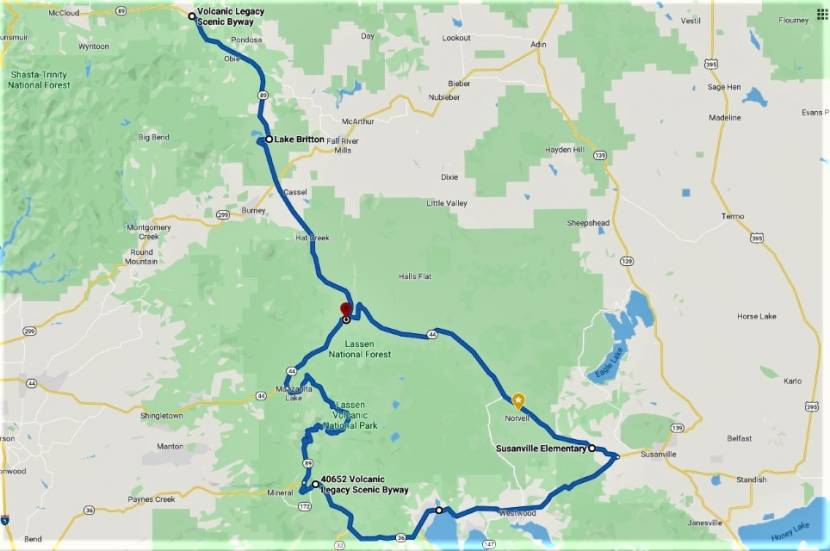 Besides volcanoes, the byway passes near a number of waterfalls. The McCloud River Falls are north of Lake McCloud, which lies south of the highway, near the town of McCloud. McArthur-Burney Falls Memorial State Park is further along Route 89 at Lake Britton. Passing by a number of smaller volcanoes, Burney

Mountain and Sugarloaf Peak, the byway makes its way south where it circles Lassen Peak. At Route 44, the byway heads southeast to Route 36, where it turns west. There is also a bypass along Route 147 and Route 89 around Lake Almanor, rejoining Route 36 in the town of Chester. The byway continues along Routes 36/89 and follows Route 89 after they split through Lassen Volcanic National Park. On the other side of the park, Route 89 joins Route 44 eastward, returning to the starting point of the loop. This loop itself is designated the Lassen Scenic Byway.