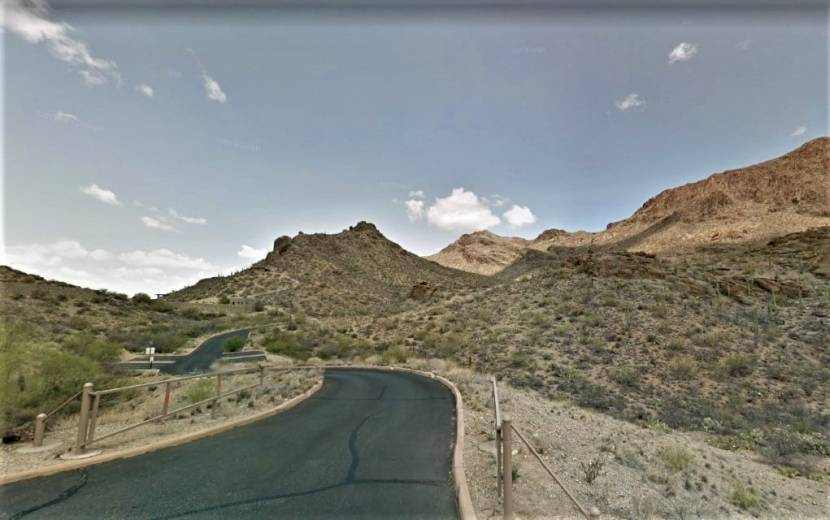 Gates Pass is a mountain pass along the crest of the Tucson Mountains. The road through the pass is a scenic route west of Tucson, Arizona. The road from the east is West Anklam Road but from west of the pass the road is known as Saguaro Road and continues until it reaches Kinney Road just north of

Old Tucson. The elevation of the pass is 3,172 feet (967 m). The road is lined with scenic overlooks, and is an area where locals and tourists come to watch the sunset. The road through Gates Pass was started in 1883 by Thomas Gates. Currently, the road carries approximately 3100 cars daily. Gates Pass has been considered an extremely dangerous road due to a slope that occurs midway through the route, with 58 wrecks reported between 1996 and 2001. In 2006, a project was undertaken to improve the safety of the road, which included widening and a temporary closure. This project was named the third best road project in the country for the year 2006 in Roads and Bridges Magazine.