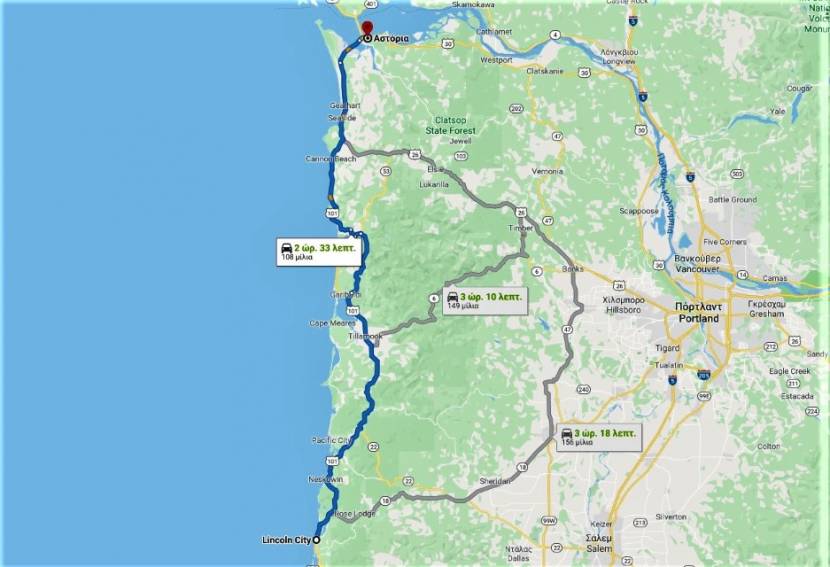 The stretch of US 101 through Lincoln City is infamous for its clogged traffic and is sandwiched between the ocean on the west, and Devils Lake and mountains to the east. North of Lincoln City is the town of Neskowin and the Nestucca Bay area. 101 heads inland, passing through the towns of Cloverdale, Hebo, Beaver

and Hemlock. The next major town is the city of Tillamook. North of Tillamook, the highway passes on the eastern shore of Tillamook Bay, before reuniting with the ocean. It then continues north along the Pacific through towns such as Rockaway Beach and Nedonna Beach; the next major towns are Nehalem and Manzanita, both on Nehalem Bay. The highway then continues north along the coastline through rugged terrain until it reaches the city of Cannon Beach. North of Seaside, US 101 follows the coastal plain through cities such as Gearhart. US 101 soon enters the city of Warrenton, Oregon. 101 passes through the northwestern edge of Astoria and crosses into the state of Washington.