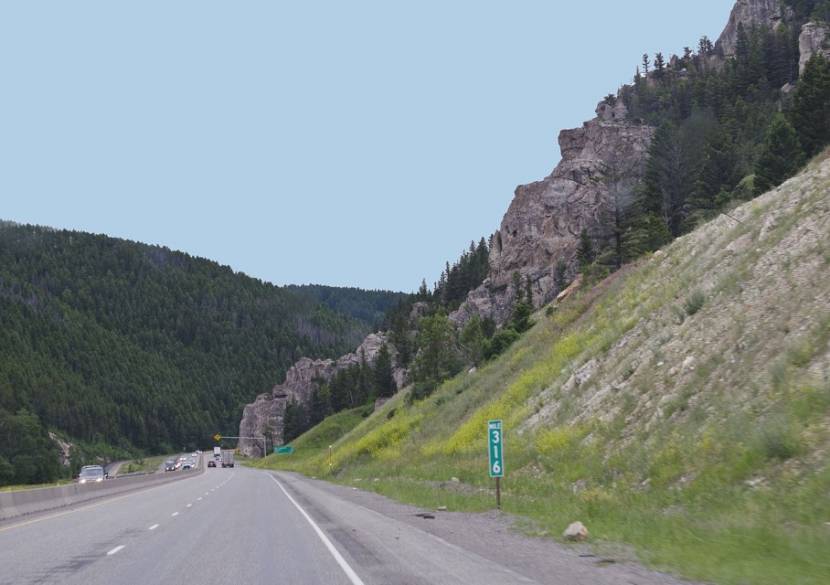 Bozeman Pass el. 5,702 feet (1,738 m) is a mountain pass situated on Interstate 90. It separates the Bridger and Gallatin mountain ranges. It is named after pioneer John Bozeman, a young Georgian who opened the Bozeman Trail too. The pass is part of a transcontinental railroad route constructed by the Northern Pacific Railway. The Northern Pacific opened a 3,652 feet (1,113 m) tunnel under the Pass in 1884. A shorter 3,015 feet (919 m) tunnel just north of the original opened in 1945. Sacagawea, the Shoshone woman who guided parts of the Lewis and Clark Expedition (the Corps of Discovery), led Captain William Clark and his party of ten men through the pass on July 15, 1806. They were eastward bound and planned to explore the Yellowstone River to its mouth, where they were to rejoin Captain Meriwether Lewis and party, who were returning eastward via the Missouri River.

View the embedded image gallery online at:
https://motogpsroutes.com/blog/tarmac-scenic-road-passes/item/6158-90-bozeman-pass#sigProId5aa894595f
More in this category: « 101 / Lincoln City To Astoria
Login to post comments