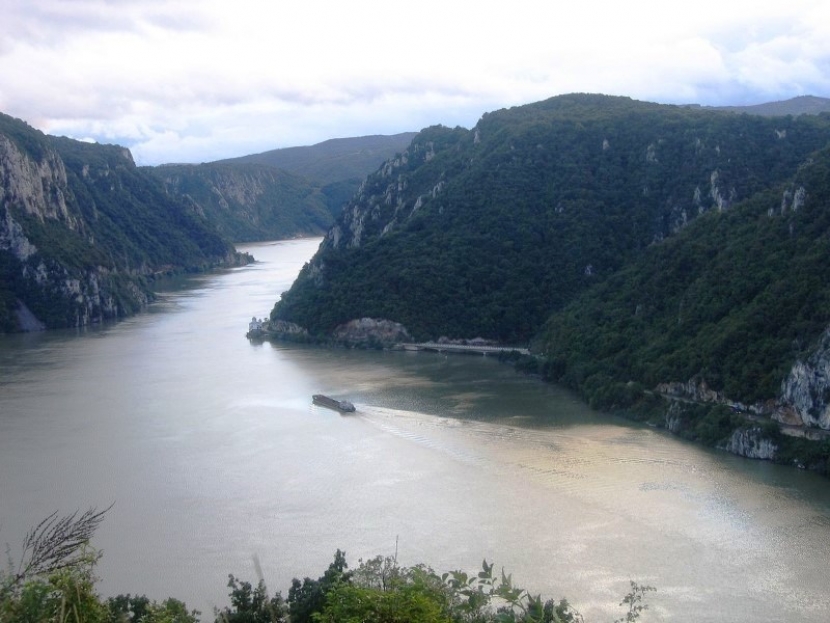 The Iron Gates (Romanian: Porţile de Fier, Serbo-Croatian: Đerdapska klisura) is a gorge on the River Danube. It forms part of the boundary between Serbia and Romania. In the broad sense it encompasses a route of 134 km (83 mi); in the narrow sense it only encompasses the last barrier on this route, just beyond the Romanian city of Orșova, that contains two hydroelectric dams, with two power stations, Iron Gate I Hydroelectric Power Station and Iron Gate II Hydroelectric Power Station. The gorge lies between Romania in the north and Serbia in the south. At this point, the river separates the southern Carpathian Mountains from the northwestern foothills of the Balkan Mountains. The Romanian side of the gorge constitutes the Iron Gates natural park, whereas the Serbian part constitutes the Đerdap national park.