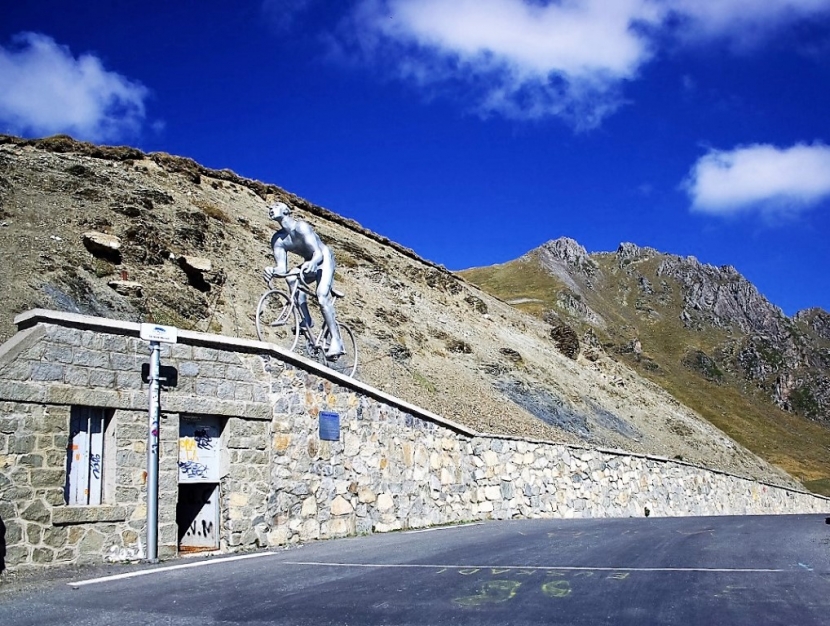 Col du Tourmalet (elevation 2,115 m (6,939 ft)) is the highest paved mountain pass in the French Pyrenees, located in the department of Hautes-Pyrénées. Sainte-Marie-de-Campan is at the foot on the eastern side and the ski station La Mongie two-thirds of

the way up. The village of Barèges lies on the western side, above the town of Luz-Saint-Sauveur. However, in contrast to frequent claims, it is neither the highest paved road in the French Pyrenees, nor the highest mountain pass in the French Pyrenees, nor the highest paved mountain pass in the Pyrenees. Some Frenchmen believe that Tourmalet translates into "bad trip" or "bad detour" but the translation from Gascon language to English becomes "The Distance Mountain". From the pass, a rough track leads to the Pic du Midi de Bigorre observatory. The Col du Tourmalet is one of the most famous climbs on the Tour de France.
Tweet
Tourmalet , Sers, 65120, Γαλλία