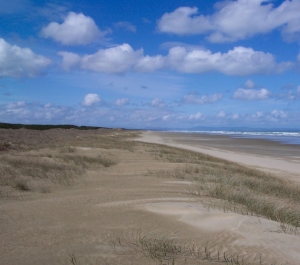 Ninety Mile Beach (official name Te Oneroa-a-Tōhē / Ninety Mile Beach). The beach is actually just 88 kilometers (55 miles) long. The beach and its northern dunes are a tourist destination. The dunes, looking much like a desert landscape, are often used for bodyboarding. In 1932 the beach was used as the runway for some of the earliest airmail services between Australia and New Zealand. It is officially a public highway and sometimes used as an alternative road to State Highway 1 north of Kaitaia, though mainly for tourist reasons, or when the main road is closed due to landslides or floods 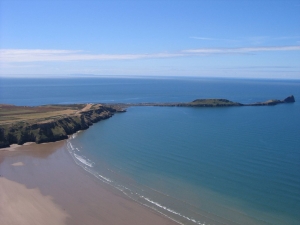